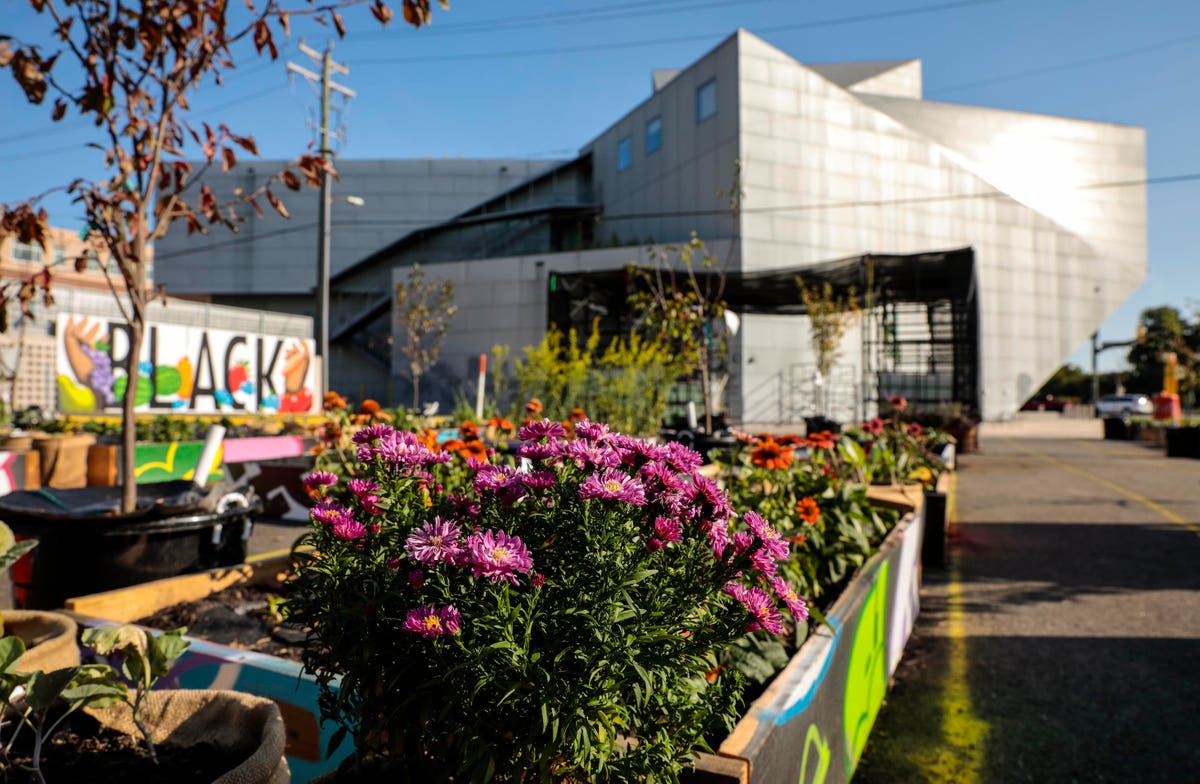 An art museum may seem like an odd place to advocate for “food justice,” but not to food justice activist Duron Garcia.

The museum he’s specifically referring to is the Institute of Contemporary Art at Virginia Commonwealth University where Chavis has partnered with architect Quilian Riano of DSGN AGNC to create a “demonstration garden” sharing practical knowledge and addressing larger issues of systemic racism and food justice that have been highlighted and amplified by COVID-19.

“The museum is a perfect place for it because of its (central) location, first of all, but then second, the ICA’s been really dedicated to being a beacon for community voice in a short amount of time,” he added.

Opened in April 2018, the ICA is a non-collecting institution showcasing a constantly changing slate of exhibitions, performances, films, and special programs. Garcia’s current project, Resiliency Garden, is part of a larger program, Commonwealth (through January 17, 2021), a bilingual collaboration between the ICA, Philadelphia Contemporary and Beta-Local (San Juan, PR). The project explores the complex history and legacy of “commonwealth” in each of the three locations and responds to the events of 2020 which have shed a new light on the contradictions between the utopian ideals of the commonwealths.

Virginia, Pennsylvania and Puerto Rico are all officially referred to as “commonwealths.”

What does Garcia think of that term?

“Wealth is uncommon, there is really no ‘common wealth’ in Virginia,” the Richmond native said. “We haven’t dealt with the original sin of settler colonialism and white supremacy and land justice, food justice and all of these inequities show that there is no ‘common wealth,’ in no way, shape, form or fashion.”

Recent events discourage Garcia from believing significant change is around the corner.

“We just celebrated Columbus Day,” Garcia said. “We’re about to confirm a Supreme Court justice nominee (Amy Coney Barrett) that says she’s going to interpret the Constitution as it was written at the founding of this country, which was written by all white men who said that Black people were three-fifths of a human, so (if) she’s interpreting it exactly, word-for-word, as it was written, that means she’s ready to take us back to slavery.”

Garcia’s Resiliency Garden resulted from an ongoing relationship with the ICA and his involvement with its community outreach programming. Putting two-and-two together, the ICA reached out to him when COVID-19 hit and his city-wide efforts to deliver planter boxes had to be paused. Recognizing the vacant lot next to its building could be put to better use by Garcia, they invited and he accepted.

What is “food justice?”

Garcia defines it as, “community ownership of solutions related to increase the access to healthy food.”

That includes community ownership of food production, distribution and aggregation.

It’s “building agency around food,” as he explains, “communities not waiting for someone to come drop food off in their neighborhood, but working so that nobody has to drop off food in the first place.”

That’s where his resiliency gardens come in.

Garcia provides 6-foot-by-4-foot planter boxes along with education to help residents take more control of their diet. He has set up dozens of resiliency gardens across the city with the ICA now supporting construction of over 50 more for Richmond residents facing food insecurity.

“The resiliency garden, for us, is really an effort to help catalyze people into a deeper understanding of what they can have control over,” Garcia said. “With all of this uncertainty with COVID and Black Lives Matter, Trumpism–all this stuff going on around us that we have no control over–this wild craziness, but I can build my own kind of escape from that through the process of growing my own food, this is something that I have immediate influence over, and the joys that come with it and the kind of therapy that comes along with gardening.”

To Garcia, the purpose of the gardens, however, go much deeper than peppers and potatoes.

“It’s not just about the garden, it’s also about this moment where (there’s) all this political upheaval–resistance and rebellion happening,” he said. “So we entered this idea of Black Space Matters, the need for communities of color, specifically Black and brown people, to be able to have space that is responsive to their community’s needs and so the development of this space is a fusion of art, a practical, functional, utility, and then also it reaches into environmental stewardship as we address the whole idea of urban heat island effect, the need for green spaces to address storm water management, it has layers.”

Three large-scale murals spelling out “BLACK SPACE MATTERS” frame the Resiliency Garden and are located on the ground and walls within the space, encompassing the project. All City Art Club, a Richmond-based collaborative arts project, completed the painting for the project.

Admission to the ICA at VCU is free and always open to all.