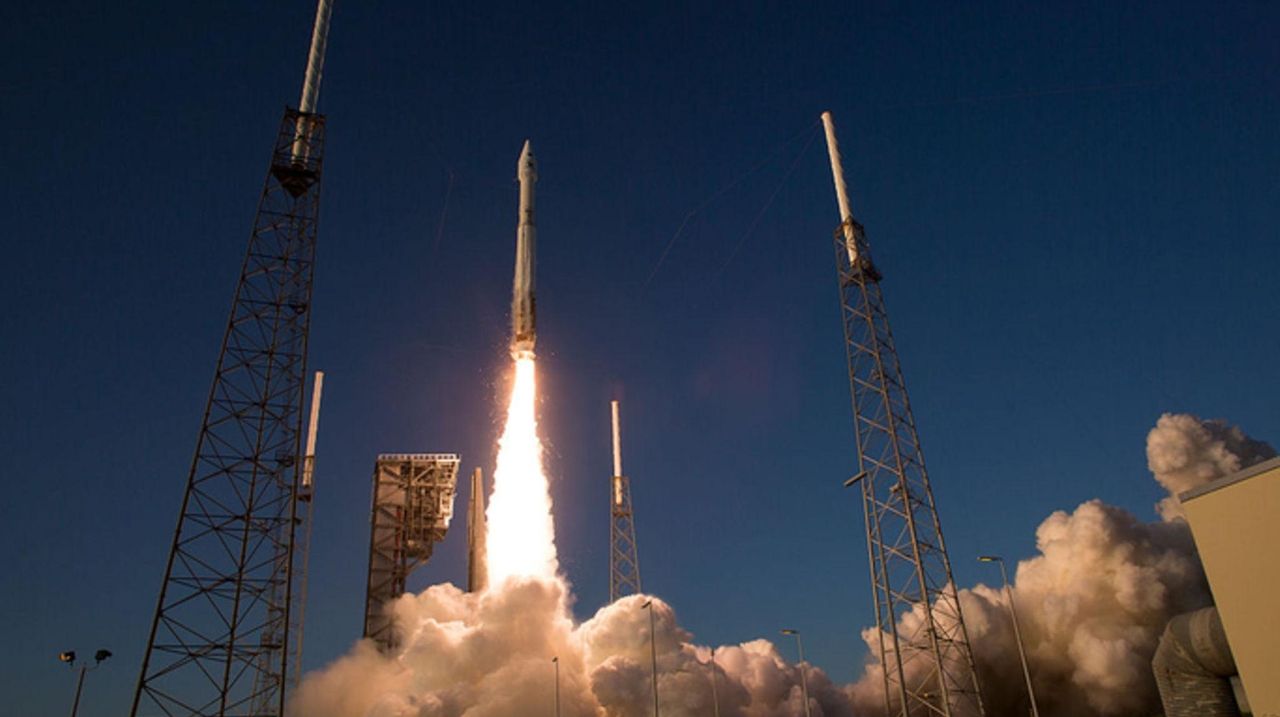 The gaze to the heavens.

It’s an old trope, one of the oldest in literature.

Its staying power comes from its universality, the way it resonates with humans around the globe.

This week, we’ll all have a chance to gaze to the heavens — by looking at our TV, laptop, tablet and cellphone screens.

At 5 p.m. Tuesday, NASA is scheduled to broadcast live its latest mission — from a spot in outer space more than 200 million miles away.

The space agency will attempt to “land” its Osiris-Rex spacecraft on an asteroid to collect samples to bring back to Earth for analysis. The spacecraft won’t actually settle down on the asteroid; its robotic arm that will collect the samples will make contact with the surface for about 16 seconds. Hence, the agency’s preferred terminology — a touch-and-go, or TAG, maneuver.

It’s a high-wire act. Osiris-Rex — conceived in 2004, launched in 2016 — arrived at Bennu, the asteroid, nearly two years ago and has been mapping the diamond-shaped rock ever since. Turns out Bennu, whose diameter is about one-third of a mile, has a paucity of smooth landing spots. So Osiris-Rex, the size of a van, needs to thread a needle between boulders as large as buildings to land in a clearing no bigger than a few parking places — again, more than 200 million miles away. And it can only make three attempts, because that’s how many canisters of pressurized nitrogen it has to fire at Bennu’s surface to stir up dust and rocks for the robotic arm to grab.

Why Bennu? Because it’s billions of years old, which means it could contain material present when life formed on Earth, which makes it a window into the origins of the solar system. It’s carbon-rich and might contain water and metals like platinum and gold, which besides providing answers to our past could be mined in the future for use on Earth or in space.

As with many good asteroid stories, there’s also a potential collision to talk about. NASA says Bennu has the second-highest likelihood of any known asteroid of hitting Earth, a 1-in-2,700 chance between the years 2175 and 2199. The impact would be 80,000 times greater than the bomb that leveled Hiroshima. All the more reason to closely study Bennu.

Osiris-Rex is scheduled to return to Earth on Sept. 24, 2023, when it will jettison the capsule with the Bennu samples into the Utah desert. The whole thing is audacious, at a time when we need audacious thoughts and acts.

It’s a reminder of the dazzling potential of science, at a time when we need to be reminded of that.

It’s a promising expansion of knowledge — from Osiris-Rex and a Japanese spacecraft on its way home from a similar mission — at a time when we need to keep pushing those frontiers.

It’s a testament to imagination and the hard work that turns an idea into accomplishment, at a time when we need to relearn that big accomplishments don’t come easily and that overnight success often takes years to make.

The opportunity to watch this unfold Tuesday is, to use a scientific term, cool.

We gaze to the heavens, and lift ourselves along the way.

Michael Dobie is a member of Newsday’s editorial board.