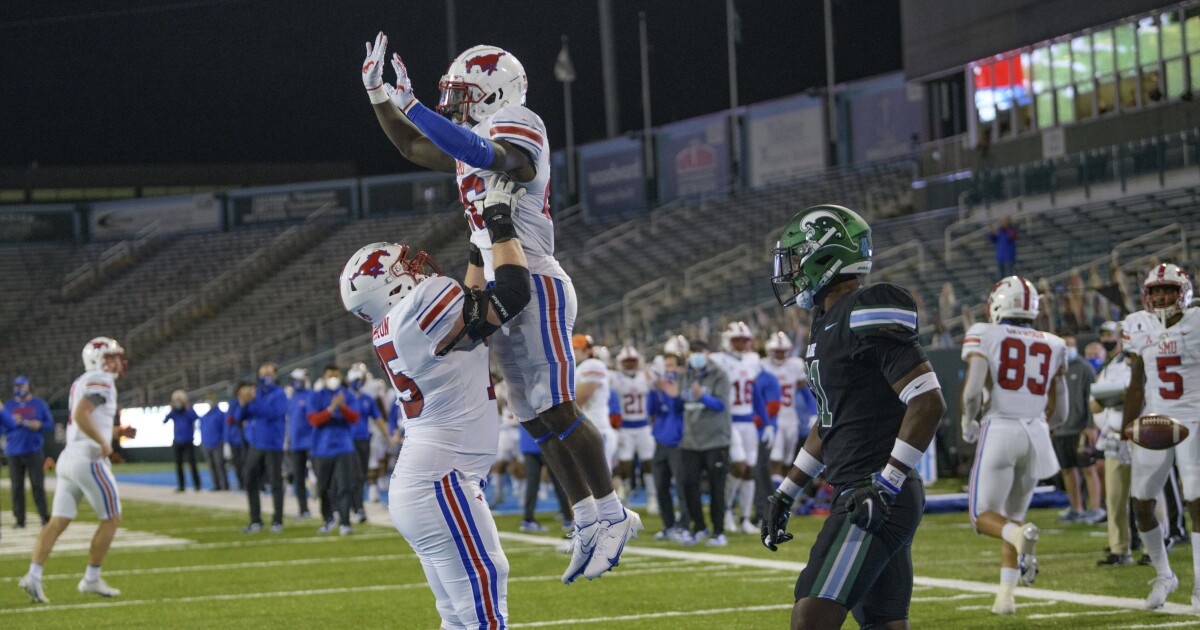 Defensive back Brandon Crossley ended the first overtime possession with an interception and Chris Naggar made a 34-yard field goal to give No. 17 Southern Methodist a 37-34 victory over Tulane on Friday night.

“It’s good to get a hard-fought win,” SMU coach Sonny Dykes said. “We had our hands full, and we were really fortunate to win. It’s very difficult to be able to win a midweek game on the road, especially with all the problems that we created for ourselves. We just didn’t seem to be in sync on either side of the ball.”

SMU is 5-0 for the second consecutive season, a feat it last accomplished in 1983.

“Being able to accomplish what we have these last two years says we are getting better as a program,” Dykes said. “When you take over a program, you want to always try and get better. It’s a credit to the players for buying in and doing what we are asking them to do.”

“We went blow for blow with them,” Tulane coach Willie Fritz said. “Unfortunately, they get the last one in. I saw a lot of good things from our guys. Really was impressed with the way we battled and fought back.”

Buechele completed 23 of 37 passes for 384 yards and two touchdowns. He entered the game second nationally in passing yards.

Only family members of players and the Tulane staff were allowed to attend the game at Yulman Stadium because of the COVID-19 pandemic.

Southern Methodist will host Cincinnati next Saturday, while Tulane will visit Central Florida.