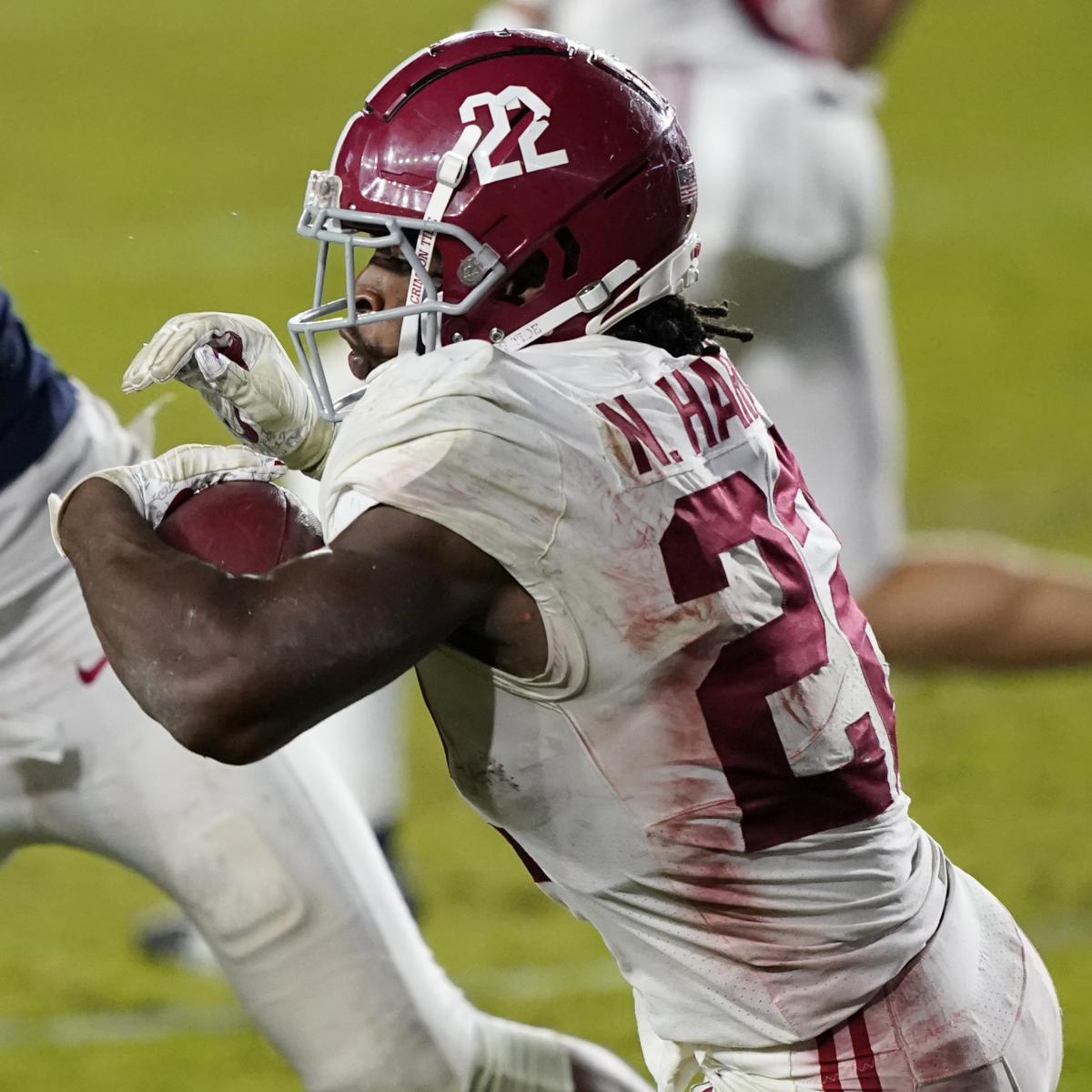 There’s not much better on a Saturday in the fall than a matchup between two of the top college football teams in the country. And that’s exactly what we’re getting this weekend.

ESPN’s College GameDay will be on site at Bryant-Denny Stadium in Tuscaloosa, Ala., to preview Saturday’s action ahead of a marquee SEC matchup between No. 2 Alabama and No. 3 Georgia. The show will begin at 9 a.m. ET on ESPN, while the Crimson Tide and Bulldogs kick off at 8 p.m. ET on CBS.

It’s the only matchup featuring a pair of ranked teams this week, but it’s sure to be an exciting one.

Although both teams are among the best in the nation, Alabama may be without its head coach. The school announced on Wednesday that Nick Saban had tested positive for COVID-19, and it’s unclear whether he could be cleared in time. Obviously, the Crimson Tide are better with their longtime leader on the sideline.

Heading into Week 7 of the 2020 season, here’s a look at the full top-25 schedule for the week and predictions for each matchup, followed by more on the huge Georgia-Alabama clash.

Alabama has won its past five meetings with Georgia, who haven’t notched a win in the series since 2007. But that doesn’t mean the Bulldogs haven’t come close to beating their SEC rival or that there haven’t been some exciting games between the two teams.

The last two times the Crimson Tide and Bulldogs went head-to-head were both high-stakes matchups in 2018—but in different seasons. Alabama won an overtime thriller 26-23 on Jan. 8 in the College Football Playoff National Championship Game. Then, it beat Georgia again 35-28 in the SEC Championship Game on Dec. 1 later that same year.

This time, the two teams are playing early in the season. Because the SEC didn’t begin its 10-game conference-only slate until Sept. 26, the Crimson Tide and Bulldogs have both played only three games thus far. And they’ve each gotten off to a 3-0 start.

Alabama has notched wins over Missouri, Texas A&M and Ole Miss, and it’s been putting up a ton of offense. Redshirt junior quarterback Mac Jones (1,101 yards, eight touchdowns and one interception through the air) and senior running back Najee Harris (347 yards and 10 touchdowns on the ground) have helped the Crimson Tide average 51 points and 560.3 total yards per game through three weeks.

Georgia’s first three wins have come against Arkansas, Auburn and Tennessee, and it’s been relying on strong defensive play early in the season. It’s allowing only 12.3 points and 236.7 total yards per game. But it’s also getting solid play from junior quarterback Stetson Bennett (689 yards, five touchdowns and no interceptions through the air) on the offensive side of the ball.

It should be an exciting matchup, and players on both sides appear ready for the challenge.

The Bulldogs’ exceptional defense? Harris is pumped to go up against it.

“They have an amazing defense, one of the best in the nation, that should just motivate me more,” he told the media earlier this week. “… When you line up against them, the opposite side of the ball, it’s straight dudes out there; it’s dogs, really.”

Alabama’s recent success against Georgia and the fact that it’s a perennial SEC contender? The Bulldogs aren’t focused on it.

“We are going to treat this like any other game,” junior defensive back Eric Stokes told reporters. “If it’s the SEC Championship or a regular-season game, we just want to go 1-0 every week.”

As we’ve come to expect from recent Georgia-Alabama contests, another close battle between two of the top teams in the SEC is in store. And just like the past few, it will be the Crimson Tide who come out on top.

Alabama’s offense will find a way to score enough points against Georgia, leaning on the experienced Harris to lead the way. Even if Saban can’t be on the Crimson Tide’s sideline, they’ll still make sure to pull off a huge victory for their coach.

Alabama wins a close one, and don’t be too surprised if these teams meet again in December for the SEC Championship.