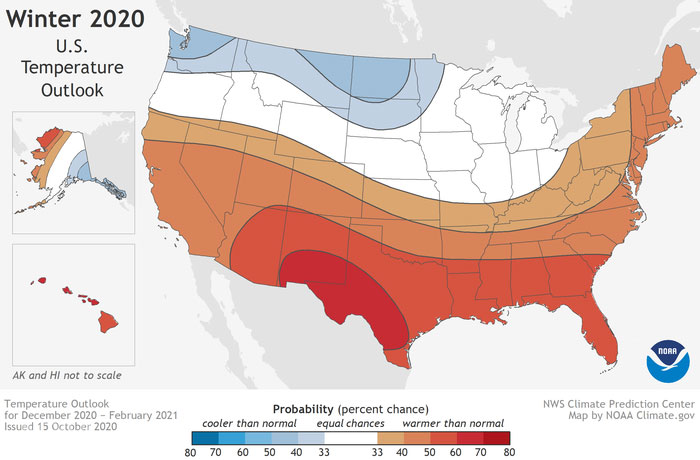 The La Niña climate pattern is expected to worsen existing drought conditions in California in the coming months, according to a new outlook published by the National Oceanic and Atmospheric Administration’s Climate Prediction Center. The forecast covers the period between Dec. 2020 – Feb. 2021.

La Niña refers to the cooling of ocean surface temperatures in the Pacific Ocean near the equator that impacts wind patterns and weather. It means that most of California has a good chance of a warmer-than-normal winter temperatures, according to the forecast. This is coupled with a greater chance of drier conditions.

These conditions would worsen ongoing drought in the state in the near term. In fact, drought is greatly impacting large areas in the West as a result of the weak Southwest summer monsoon season and near-record-high temperatures, according to the report. The brutal wildfire season in the West is also a byproduct of this.

The NOAA report includes forecasts for the entire continental U.S., and predicts cooler, wetter conditions in the northern parts of the country, in part due to La Nina.