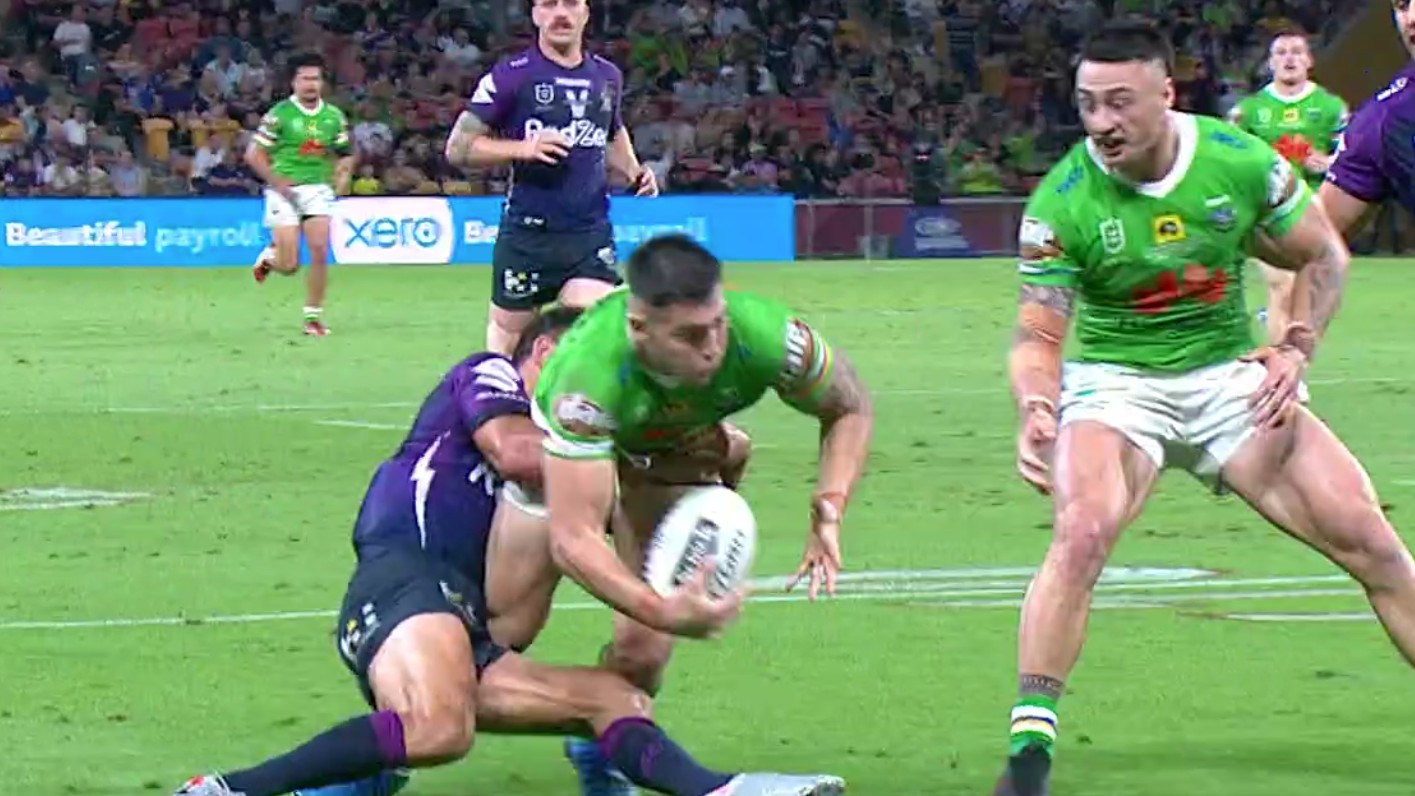 Every game he plays Cameron Smith produces some magic that solidifies him as the greatest we’ve seen and in Friday night’s preliminary final against the Raiders the Storm skipper came up with perhaps his finest piece of work.

Smith’s retirement decision dominated the headlines in the build-up to this finals match and it’s being widely reported the 400-game champion will hang up the boots after this season.

And with an incredible defensive play late in Melbourne’s incredible 30-10 win at Suncorp Stadium, Smith reminded us all just what we’ll miss once he’s gone.

With Melbourne foot on Canberra’s throat with eight minutes left on the clock, Smith stopped a certain Nick Cotric try, stopping the powerful Raiders back with an incredible one-on-one tackle on his knees above the line and forcing his opponent into error.

But it was Smith’s 60-metre chase from marker to stop the Raiders from scoring that showed exactly why, at 37 years of age, he continues to defy the doubters.

In his 19 years in the NRL, Smith has had his hand in some of the biggest moments the modern game has seen – however Fox League’s Andrew Voss labeled the tackle on Cotric his finest.

“He’s at marker when Canberra started this rush. He’s chasing at full pelt, he’s the last man to stop the try with his team in front by 24 (points), the great one produces that.

“I salute him, I think we all do at this point, even those who might not be his biggest fan for whatever reason. That was an incredible piece of play.”

Premiership-winning great Braith Anasta said it was a tackle that defined the type of player Smith has been.

“It epitomises his career and the type of players he is and what type of competitor he is. That’s why he’s still playing at the highest quality,” Anasta said on Fox League.

Smith’s jaw-dropping defensive effort headlined what was a relentless performance from Craig Bellamy’s men whose first-half onslaught ensured a spot in next week’s grand final and perhaps the opportunity to send off their skipper in the best way possible.