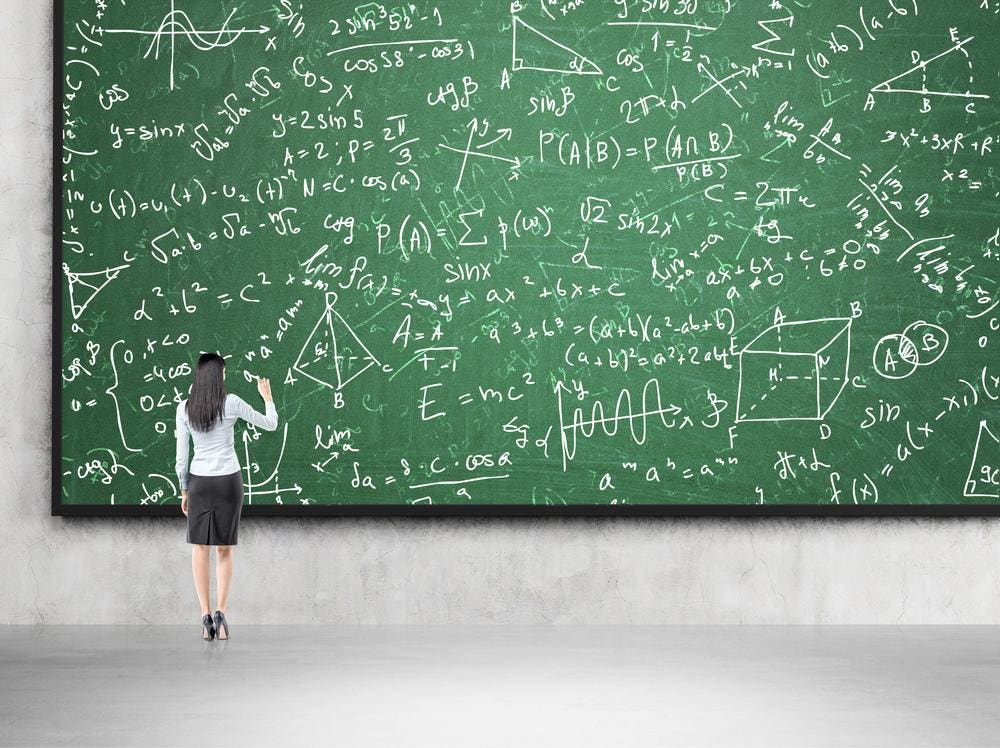 This fourth piece in a 5-article series, adapted from a speech I gave at a BritishAmerican Business virtual conference last month, argues for investing in our universities and research centers. While returns may be beyond the immediate horizon, we need to be making new investments, rather than chasing after a limited set of investments and creating asset bubbles. In the speech, I talked about the concept of Inclusive Capitalism and how, put into action, it can penetrate all areas of society. Other areas of inquiry included the role it plays in cities and housing, bold collaborations, a proposed rethink of GDP metrics, and a call to use the pandemic shutdown as a chance for reflection and wise, sustainable investment.

While the history of gargantuan scientific leaps appears to be punctuated by solitary geniuses—Newton, Curie and Einstein, to mention a few—I’d argue that it’s almost always the case that universities  have provided the environment for these mavericks to flourish. But at the same time, the world of higher education has also provided fertile ground for thousands of less well known, but no less vital researchers who have worked constantly at discoveries that keep society moving up the next rung of the evolutionary ladder. Their work is pivotal to humankind’s progress.

Without the world-class research that’s being done daily at our universities, it would be hard to imagine where else certain important discoveries and solutions—particularly those that don’t yield an obvious near-term, tangible financial return on investment—could be tackled. Yet post-doctoral researchers and other invisible heroes supporting household name professors and Nobel prizewinners alike, need an infrastructure—including somewhere affordable to live, modern laboratory facilities in which to work, and working connectivity. But their work is rarely associated with the instant returns of, say, a unicorn-type investment. As anyone in research would tell you, often the rewards for such breakthroughs could be decades away. Two examples that come to mind are the type of research that would enable the aged not only to live longer, but to enjoy a higher quality of life; and the research focused on reversing climate change.

In our current economic system, we can measure economic activity through GDP growth, even if it is an incomplete metric. However, we still don’t have any way to aggregate and measure the potential economic growth that universities can produce as their research is freed, scaled, and commercialized. If there were, there is no doubt that more of us would be investing in university research.

I’ve previously mentioned asset bubbles and the propensity of many people in today’s market to chase a “sure return”—in the process bidding up the price of particular assets beyond their own structural ability to create returns. In a nutshell, this is the conundrum of justifying certain market-assigned stock values. Instead, I believe it’s not only prudent, but in the long run more profitable to look for new sources of return. One way to change the existing economic paradigm, I believe, is to broaden our lens to discover, invent, create, innovate and make things we didn’t previously have. And I don’t necessarily mean consumer goods; it could be solutions, cures, power grids, battery power, communications tools, alternate forms of transportation, clean energy and power, and more. Take for example Sir Tim Berners-Lee inventing the World Wide Web in 1989, and subsequently working to ensure it was made available to everyone, royalty-free. He made the discovery while working at CERN, one of Europe’s most highly respected scientific research centers. Think of the economic growth the digital economy has unleashed.

The U.K. and the U.S. have 24 of the top 30 universities in the world. We are world leading in the area of higher education, and our research institutions particularly excel. Here is where the most critical thinking about society’s pressing problems takes place. And there are ways for companies to partner with universities as well as with government, to accelerate us all toward better outcomes.

While universities are not where the money is made—that is the realm of business—right now business must seize the opportunity to invest in our research institutions, to actually move the dial on solving some of our most urgent and protracted societal issues. My company has tried to show the way in this regard. One example is the gift we recently made to the University of Edinburgh, as part of our long-term commitment to research social care for the elderly. This was the University’s single biggest corporate-funded donation ever, and since we took that first step, others have followed us into doing something very similar in Edinburgh. The University has now leveraged our initial $26 million into over $52 million. We have a pet theory, proven out over many projects now, that doors lead to doors. But it takes someone to lead the way and boldly open the first door.

What do research and higher education have to do with inclusive capitalism? The evidence shows that investments made on an inclusive capitalism structure generate thousands of well-paying jobs while improving digital and physical infrastructures. To this end, some of our biggest investments have involved enhancing educational facilities, including several world-renowned universities in the U.K. For example, through our real asset investment program we build affordable housing and academic facilities in universities and their surrounding towns—in 2019 we pledged $5 billion in long-term investments in Oxford, and more recently announced a plan for a new $300 million Health Innovation campus in Birmingham.

This form of investing stands in stark contrast to the consumption-based growth model that has characterized the global economy over the last 30 to 40 years—consider that in the U.S., consumer spending currently accounts for 68 percent of GDP. We need to find ways to reverse the trend of achieving economic growth purely through the sort of consumption that ultimately isn’t sustainable.

Along with the potential for long-term return on investment, there’s huge satisfaction to be gained by working alongside educational and research centers. Every year I give two or three speeches at universities—not just the elite ones, but lesser known schools as well—to try and motivate students into thinking more about what they really want to become. One thing I impress upon them is how working with data can lead to better outcomes for a broader swath of people. Today, data is the foundation of scientific thought. In this regard, we work with Oxford, Bath, Newcastle, Edinburgh, and Imperial College on undertaking and improving data-based research. Firms like ours need to help finance some of the deep research that’s required.

One of the reasons we have invested so heavily in Edinburgh, in particular, is that in the U.K., we have an amazing bank of health data. In Scotland, there are especially outstanding data sets because the Scots have truly trailblazed in their smart curation of the rich data they’ve collected.  England also has excellent data, but unfortunately, there’s been a lack of investment vision in curating it and making it easy to use and act upon. Somehow we’ve got to overcome that problem, because when you hand over usable, well curated data to a university, they can plug it into all the great research that’s going on to help get the answers to some of the life-altering questions that we all have. We need to get to the right source of structured and unstructured data—and right now, we lack a grasp on it.

When there is an area we want to invest in—whether it’s later life living, affordable housing, achieving net zero carbon, or making smaller cities more robust—we find a university to work with in partnership. This gives us access to academic research, which we can then support, completing a virtuous circle. Academics are actually quite affordable, compared, say, to management consultants! We have a long-standing rib about how much money top consulting firms should be giving back to the universities that made them into the brilliant strategists they are.

Inclusive capitalism has proven to be a viable approach to getting a lot of good work done. But there is a caveat. While getting access to rich data and working in partnership with universities to use it to effect better outcomes is a worthy goal, we always have to be wise about how we invest. That is to say, we are still custodians of shareholders’ money. Some of those funds must be deployed to bring higher returns in the first place, to keep our budgets in line and be able to report against those budgets. But other projects require 20, 30, or 40-year thinking. We need to be investing money along the lines of that thinking, into lots of different communities.

Where do we stop investing and where does central government get in the act? It’s important to have a sterling record—especially when your shareholders could very well start saying, ‘That’s enough of doing that inclusive capitalism stuff.’ That’s why I emphasize that there are not many financial services companies in the world that consistently see a 10 percent annual increase in DPS and EPS and a 20 percent return on equity (ROE), as ours does.

We think that what we’re doing is both economically and socially right. When people trust you, they want you to be involved in a good project that maybe we wouldn’t have been involved in before, because the trust wasn’t yet in place. Doors lead to doors.

We have tremendous social inequity to resolve. To do it, investing in research institutions and universities becomes as important as, and pivotal to, housing the homeless and making restitution to the environment; indeed, without top-level research institutions these goals would not even be conceivable. Looking at the role of capitalism on a global level, we note that the current system has helped rich people in poor countries become richer; it has helped the rich in rich countries get richer; it has lifted billions of poor people in poor countries out of poverty into the middle class. Yet, the poor and middle classes in richer countries continue to feel themselves excluded from the capitalist system. Here’s where inclusive capitalism has a huge societal role to play. Broadening our scope of investment will move the dial for this last, left-behind segment of the population.

In the next and final article in this series, we’ll think about a possible redefinition of GDP in inclusive capitalist terms.