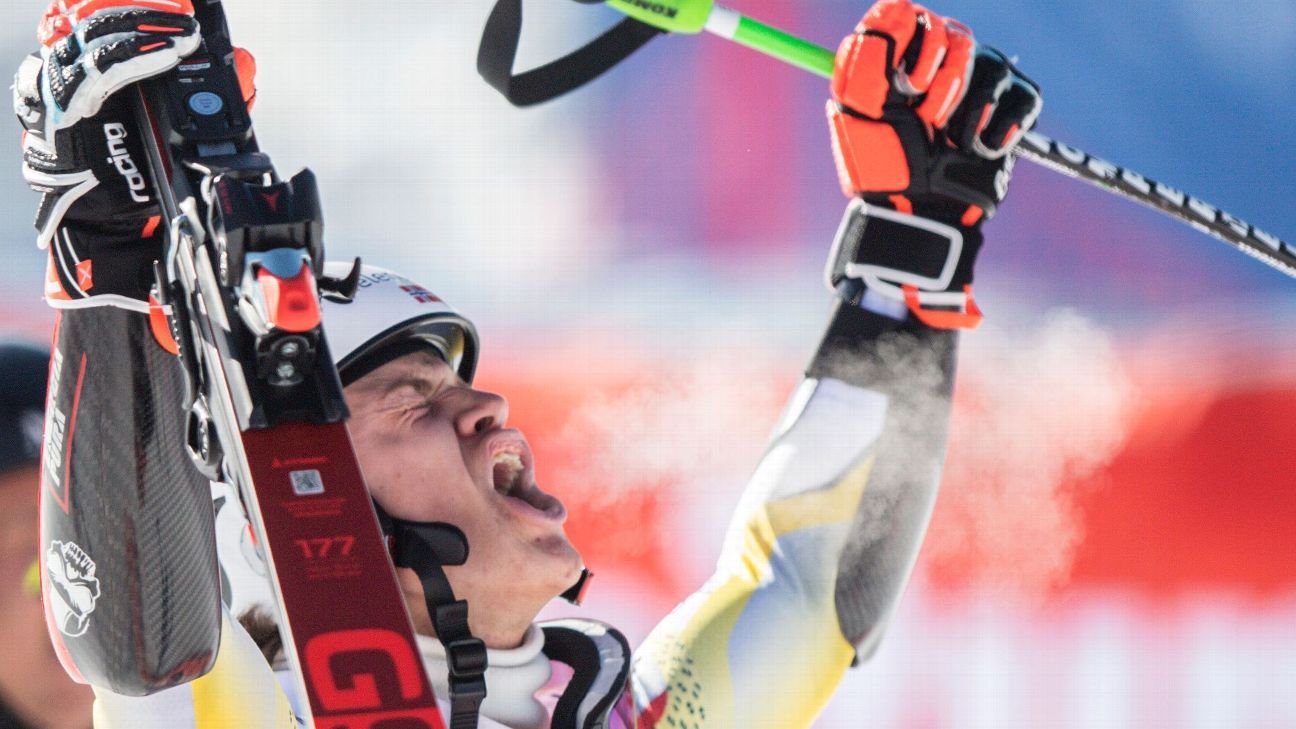 The Norwegian was fifth before posting the second fastest time in the decisive leg to finish ahead of Swiss duo Marco Odermatt and Gino Caviezel.

“It’s a pretty good day,” the 20-year-old Braathen told Austrian TV with a bright smile. “… I knew that I was capable of a podium. First victory, first race of the season, it’s unbelievable.”

Competing in only his 23th event in the World Cup, Braathen had a fourth place as his previous best result at the slalom in Kitzbuehel in January.

“I went for it. I am not here for fifth places, I am here for podiums,” Braathen said of his attacking second run.

Odermatt, the fastest racer in the second run, was 0.05 seconds behind, and Caviezel, who led after the opening run, trailed by 0.46 seconds.

Ted Ligety, who won the race a record four times, was 10th after the opening run but the American’s left ski came off early in his second.

The GS has become a wide-open discipline since the retirement of Marcel Hirscher. The dominant Austrian won the GS season title six times in seven years before ending his career in 2019.

Last season, Kristoffersen scooped the title, but Pinturault, Croatia’s Filip Zubcic and Slovenia’s Zan Kranjec all finished within 30 points of the Norwegian’s tally after seven races.

The Russian team was excluded from Sunday’s race after coronavirus tests of two of its coaches came back with unclear results.

No spectators were allowed at the race as one of the precautionary health and safety measures amid the pandemic.

The next World Cup races are parallel events for men and women in another Austrian resort, Lech/Zuers, on Nov. 13-14.