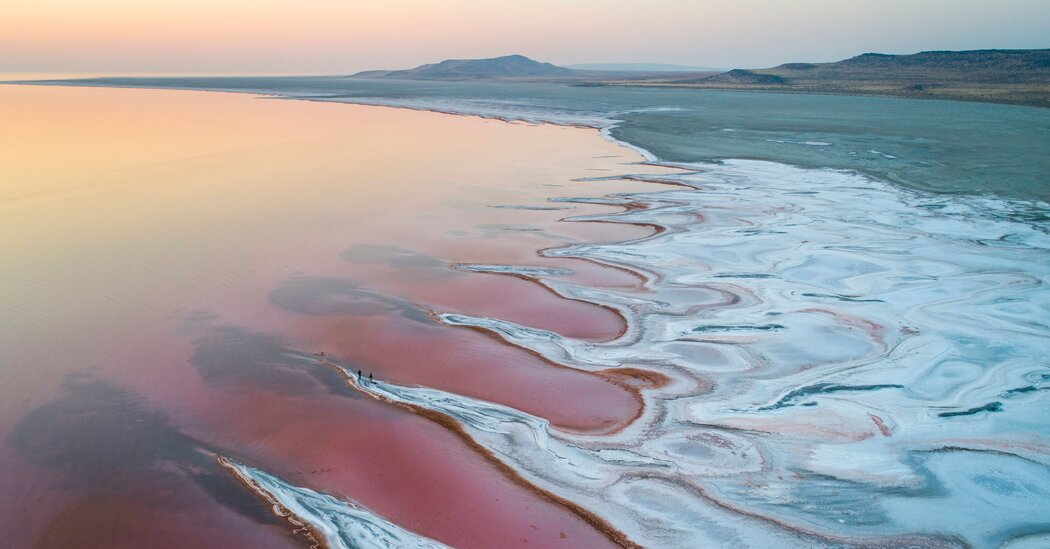 Nearly half of the continental United States is gripped by drought, government forecasters said Thursday, and conditions are expected to worsen this winter across much of the Southwest and South.

Mike Halpert, deputy director of the Climate Prediction Center, a part of the National Oceanic and Atmospheric Administration, said a lack of late-summer rain in the Southwest had expanded “extreme and exceptional” dry conditions from West Texas into Colorado and Utah, “with significant drought also prevailing westward through Nevada, Northern California and the Pacific Northwest.”

Much of the Western half of the country is now experiencing drought conditions and parts of the Ohio Valley and the Northeast are as well, Mr. Halpert said during a teleconference announcing NOAA’s weather outlook for this winter.

This is the most widespread drought in the continental United States since 2013, he said, covering more than 45 percent of the Lower 48 states.

“The winter forecast doesn’t bode well,” Mr. Halpert added. Warmer and drier conditions are expected across the South and Southwest and drought is likely to develop in parts of Georgia and Florida and in Central and Southern California, where the dry conditions could add to the risk of wildfire in what has already been a catastrophic year for fires in California.

But northern parts of the country may see some relief, with wetter conditions predicted across most of the north, said David Miskus, a NOAA drought specialist.

“The Pacific Northwest, the Northern Rockies, maybe the Northern Plains and also New England, probably will show improvement,” he said.

Cooler temperatures are also forecast for much of the north, he said.

Globally, 2020 has been exceptionally warm in many regions, including much of the Arctic. There is about a two-thirds chance that the year will be the warmest on record, eclipsing 2016, said Ahira Sánchez-Lugo, a NOAA climatologist.

The American Southwest has been mired in drought for most of the past two decades. Studies suggest that the region is experiencing an emerging megadrought, similar to some periods in the past 1,200 years, when droughts persisted for 40 years or longer.

Global warming has made drought worse, in the Southwest and elsewhere, scientists say, exemplifying a trend toward more extreme weather as the climate changes.

Mr. Halpert said the likelihood of worsening drought this winter can be linked to La Niña, which developed in August and is expected to persist at least through the winter.

La Niña occurs every two to seven years on average when the upper layer of the eastern tropical Pacific Ocean cools to below-normal temperatures. This leads to changes in atmospheric circulation that can affect weather around the globe.

In the United States during a La Niña, the South is usually warmer and drier, the East Coast is warmer and much of the North is cooler and wetter.

The current NOAA forecast is for a moderate to strong La Niña, as measured by the difference in sea-surface temperatures from normal. In a stronger La Niña the effects on the United States would be expected to be greater, Mr. Halpert said.

But he emphasized that the agency’s winter outlook was based on probabilities, and that sometimes during La Niña or El Niño the expected impacts do not materialize.