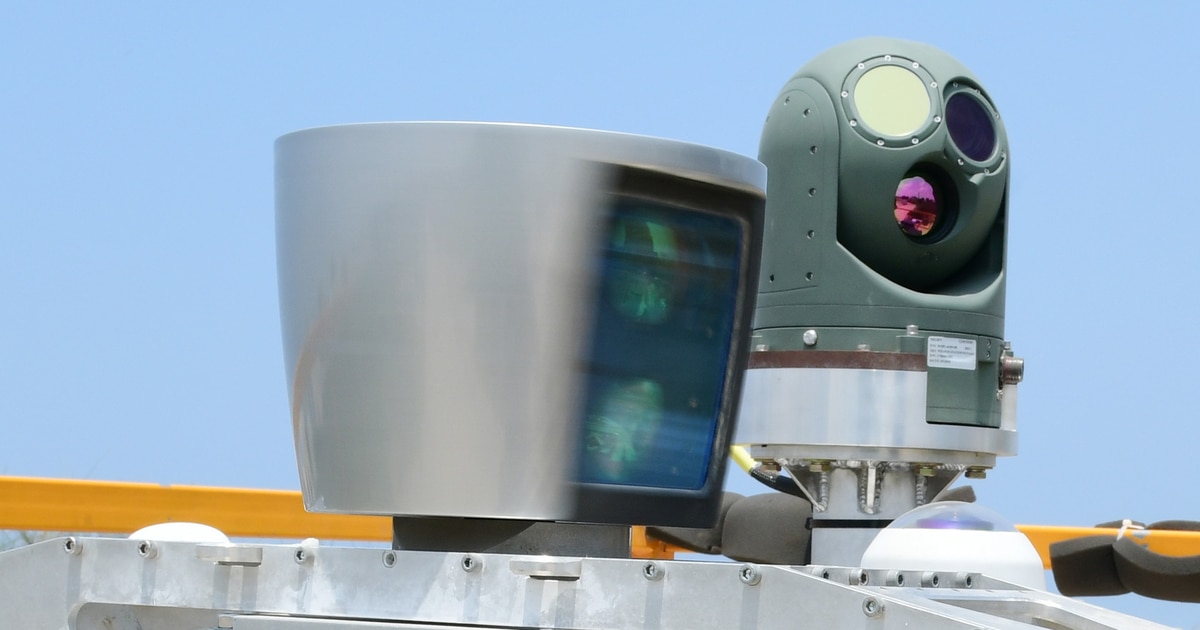 Developed over the last several years, CT-MENTOR combines the Israeli company’s existing innovations for a vehicle suite as part of the Carmel program for an armored fighting vehicle of the future with its work on electro-optics for the Spike and Spice missiles.

Militaries are increasingly seeking ways to overcome adversarial jamming. The U.S. Army, for example, opened an office in September to study the challenge, but the service has been working on the issue for several years. The Defense Department further stressed this need for positioning, navigation and timing solutions in 2019. The year before, BAE Systems said it was developing ammunition that can operate in GPS-denied environments.

CT-MENTOR is based on a 3D model database that matches points with a “cloud” of points such that the vehicle on the ground, using cameras, matches the points it sees with those that correspond to those scanned from above.

The system takes its data from a variety of platforms, including UAVs, air surveillance and space assets, building the 3D model for the vehicle. Video of how the system works shows a vehicle moving through a neighborhood. Instead of just seeing a house and balconies, the cameras see points on the balcony that correspond to a 3D model.

“[The commander] needs to know where he is and what is around, and the commander in the command post needs to understand where the various forces are and do targeting procedures and lines of operation and to confront enemies in complex environments,” Olanski told Defense News.

Thanks for signing up!

By giving us your email, you are opting in to the Early Bird Brief.

The algorithm provides locations to correct GPS in real time when the positioning system is jammed or down. That involves plotting “the number of houses, where friendly forces are [so] the commander knows where he is and this picture of what is going on [to] not just show him where he is on a map but also the position and all information … around him,” Olanski said.

“It allows us to connect this vehicle and armored vehicles to other sources on the same technology to make a common language and use the same infrastructure and technology, and allow them to understand common situational awareness and deliver information and targets to vehicles,” he added.

According to Rafael project manager Bar O., whose last name cannot be used for security reasons, the system can operate even if there are changes to the environment, such as the destruction of buildings due to ongoing battle

“If there is 30-40 percent damage, the map still holds the 3D model and keeps itself very accurate without changing the model in your system,” he said.

But the challenge of rapid, real-time updates to the system remains. Olanski said it could take hours for integrated tactical drones to create a 3D model, noting that closing the gap in time and accuracy is one of the company’s goals.

Rafael says it designed CT-MENTOR with open architecture in mind so it can receive mapping materials from other systems, such as the American simulation tool One World Terrain.

The Israeli system has been field tested, and the company is looking toward achieving operational capabilities. Rafael said the technology has been demonstrated for “numerous potential clients,” but would would not say if the IDF is using it.

Because the system relies on cameras mounted on a vehicle, Rafael has built in protection and redundancy so it is hard for an enemy to destroy the whole system. Geared toward the urban environment, Bar said that this is the area with some of the most operational challenges when it comes to mapping and navigation.

Rafael’s developers say CT MENTOR is most appropriate for advanced militaries. “The idea is, yes, it is at first for Western customers, but also aiming to adapt and upgrade vehicles of all types, and we are looking to add more technology onto this system as well,” Bar said. “The key part is navigation. We have accuracy better than GPS and better than Waze, and [we have] situational awareness for a full sweep for commanders and crew, and common visual language for allied forces.”