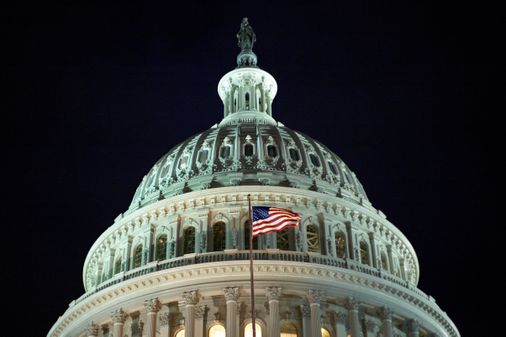 This backs up what academic reports have shown for decades. Civic education, when done well, produces young people who are more likely to vote, work on community issues, and become socially responsible, and who feel more comfortable speaking publicly and interacting with elected officials.

The converse is also true. When young people are not taught how our form of constitutional democracy works, they disengage, they do not vote, and they never realize their power as civic participants.

That is why former Supreme Court Justice Sandra Day O’Connor founded my organization, iCivics, which over the past decade has created 20 digital games and hundreds of lesson plans to teach young people about our democracy. We are also among the 138 organizations, academic institutions, foundations, and other groups that have formed a cross-ideological coalition called CivXNow. We are working together, despite our different approaches and leanings, to reimagine civic education for the 21st century and support state-level policy to bring it back into schools.

Consider a startling fact. After the Soviet Union launched Sputnik, the first satellite, our country invested in science and technology to defend our global competitiveness. Today, the federal government spends approximately $50 per student per year on STEM education. Yet the same government is spending only 5 cents per student per year on civic education. This is a clear indication of our national priorities. Meanwhile, our civic strength, our ability to work together directly and within our institutions to create a strong and inclusive union — which is the core of our competitiveness — is evaporating.

We see the effects: Much of this country and many of its leaders have lost track of how our democracy is supposed to work, how civil discourse helps us solve our problems, and how each of us must engage for our system of self-government to work.

As a politically and culturally diverse coalition, CivXNow supports the Educating for Democracy Act of 2020 proposed last month by Democratic Representative Rosa DeLauro of Connecticut and Republican Representative Tom Cole of Oklahoma. The bill would authorize a $1 billion investment in civic and history education. States and nonprofits would compete for the money by demonstrating that they had plans to strengthen civic education in ways that are tailored to the needs of local communities.

Our work is bolstered by what we have done here in Massachusetts. Led by a coalition of more than 35 organizations known as the Massachusetts Civic Learning Coalition, which iCivics co-founded with Generation Citizen and the JFK Library Foundation, our state has transformed its approach to civic education. In 2018, the Commonwealth unanimously passed a sweeping piece of legislation that ensures civic education is a priority for school districts across the state. It gives teachers professional development to support the effective teaching of civic education. It helps middle schools and high schools provide opportunities for students to participate in civics projects. And it establishes a trust fund to support these initiatives.

In addition to making civic education more of a priority, we have to update it for the 21st century. This means doing more than showing students the “How a Bill Becomes a Law” video that older generations recall. An evolved civic education should include not just the fundamentals of how our institutions work but also media literacy and discussion of controversial issues. It should give students opportunities to become involved in their communities. Today’s students need a civic education that includes their voices, that talks about our shared history as a country — the achievements and the failures — and that shows them why this country is worth strengthening and gives them the tools to do so.

We know young people want to be involved, as they have lent their voices to causes such as the fight for racial justice, climate change, and gun control — and many are now volunteering as poll workers in the upcoming election.

Today’s students will be tomorrow’s leaders. Civic education will give them what they need to be effective leaders to solve the massive problems we are leaving them.

Louise Dubé is the executive director of iCivics.org, which established CivXNow.org.