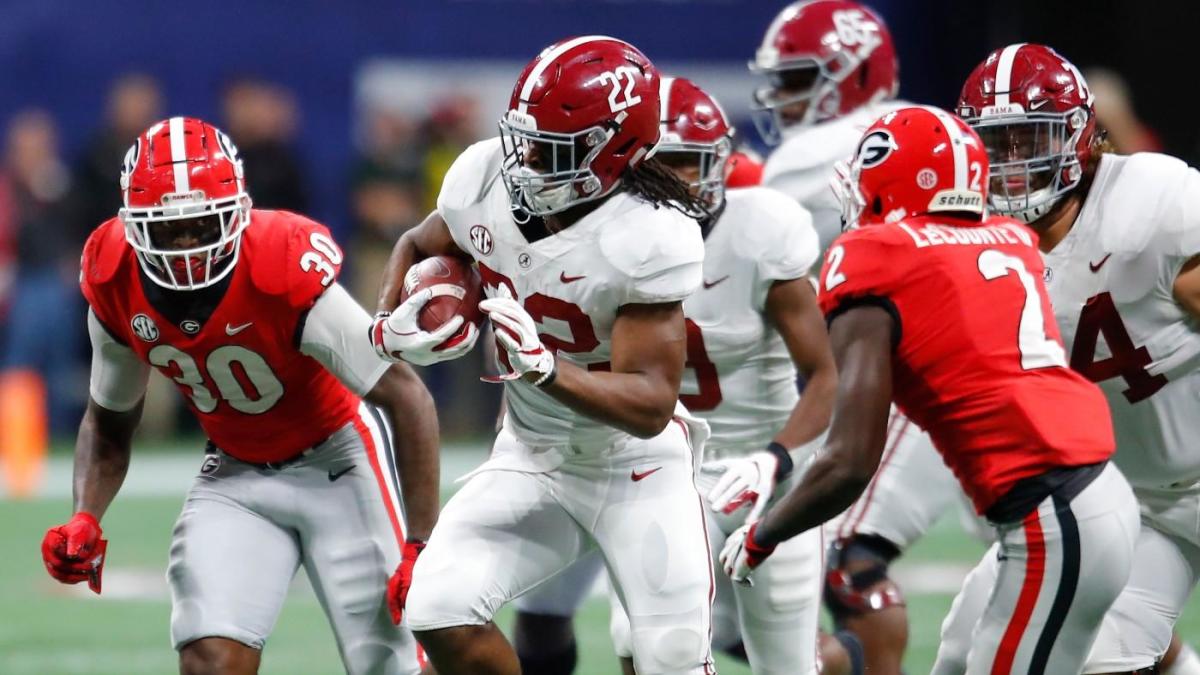 And the Syracuse defense.

But that’s it: just me and those things. Anyway, no bragging this week, just good old fashioned hard work and process trusting as The Six Pack looks to get back to its winning ways.

Games of the Week

No. 2 Alabama (-4.5) vs. No. 3 Georgia: Well, if we were ever wondering how much Nick Saban was worth to a point spread, we got our answer Wednesday when it was announced that Saban wouldn’t be coaching this game due to testing positive for COVID-19. The line moved about 2 points in Georgia’s favor, and now sits with Alabama -4.5. While the absence of Saban adds a new wrinkle to handicapping this game, it doesn’t change much about what I feel will happen on the field. Of course, if you’d rather stay away from this game entirely, I wouldn’t blame you.

As an admirer of defense, especially Georgia’s, this pick pains me a bit. It hurts because I have to admit that while defense is important, it is losing the battle against what offenses have become. Sure, the Bulldogs defense is the best in the country by a whole lot right now, but it’s gotten there by playing Arkansas, Auburn and Tennessee. None of those three offenses rank in the top 30 in SP+. Hell, Auburn, at No. 33, is the only one that ranks in the top 50. That’s not to take away from what Georgia’s done; it’s just that this weekend it’ll be on the road going against the No. 1 offense in SP+, Alabama.

Now, you might want to bring up Alabama’s defensive problems last week, and I understand. The problem there is that, while Alabama’s defense isn’t what it once was, it still ranks 22nd overall in SP+. Georgia’s offense ranks only 42nd. As I wrote about in The Monday After this week, my concern with Georgia’s offense is that even if the defense slows Alabama down, I don’t believe Stetson Bennett can do enough to keep up. And even if Georgia decides it will just run the ball to keep Alabama’s offense off the field, that plays a bit more into Alabama’s hands. Ole Miss rushed for 268 yards against Alabama last week, but that’s because Alabama had to be concerned about their passing attack — which was averaging 13.1 yards per attempt. Alabama need not be as concerned about Georgia’s passing attack (which currently ranks 9th in the SEC in efficiency and 43rd nationally). So odds are its defensive performance against the run will look a lot more like it did in games against Missouri and Texas A&M (2.88 yards per carry) than last week (4.70). Even if I want to root for the defense to get the better end of this matchup, I won’t bet on it. Alabama 30, Georgia 21

No. 5 North Carolina (-13) at Florida State: I know it seems odd to include this as a Game of the Week, but with LSU and Florida being postponed, this was the smallest spread in games, including other top-five teams this week. I’m a little concerned about a possible letdown for North Carolina in this spot, considering it’s in the top five for the first time since 1997, and my initial reaction was to take Florida State. The closer I looked, however, the more sense it made to be on the Tar Heels.

There’s been a lot of focus on how poorly Florida State’s offense has been this year, but its defense hasn’t been much better. After allowing only 16 points against Georgia Tech in the season-opener, the Noles have allowed 94 points in their last two games against ranked ACC opponents. And neither Miami nor Notre Dame have offenses like this North Carolina squad does. I’m concerned about the possibility of a backdoor cover here as UNC’s defense isn’t anything I’d consider dependable, but there’s too much firepower with Sam Howell and crew, and I’m not confident the Noles can keep pace. North Carolina 41, Florida State 20

Lock of the Week

Pitt (+13.5) at No. 13 Miami: Clemson gave the rest of the ACC a blueprint for stopping Miami last weekend. Of course, most teams probably knew the blueprint already, but they didn’t have the personnel that Clemson does that allows you to see it through. Well, with Pitt’s defensive line, I think it might be able to. If the Panthers can keep D’Eriq King in the pocket and force him to beat them repeatedly from there, they have a chance to win this game. Well, while I don’t see Pitt being able to do it for a full 60 minutes, I do believe the Panthers will do it often enough to stay within range of the Hurricanes in this game. I wouldn’t be surprised if this game becomes somewhat ugly and low-scoring, and while I don’t hate the under (do I ever?), I’d much rather be on the Panthers with the points here. Especially if it stays in the double-digits. Miami 24, Pitt 20

Under of the Week

Virginia at Wake Forest (Under 61): As soon as I saw this total, I knew I had to take the under in this game. These two offenses aren’t good enough to warrant having a total this high. Virginia’s offense ranks 58th in SP+ while Wake checks in at 98th. Now, if they both had awful defenses, there’d be a reason to see this game getting crazy, but they don’t. Virginia ranks 34th in SP+ and Wake’s 54th. So they’re two slightly above average to good defenses. Bet on the defenses and against the offenses here. Wake Forest 27, Virginia 23

Disrespected Dog of the Week

Boston College (+12) at No. 23 Virginia Tech: I came into the season skeptical about Boston College in 2020, but I’ve come around. They opened the season with a 26-6 win over Duke, then followed it up with a close call against Texas State. But, with North Carolina looming the following week, the Eagles kept things as basic as possible in that Texas State win. Then they played the Tar Heels close in a 26-22 loss before beating a good Pitt team last week. Now they’re this big of an underdog to the Virginia Tech team that the Heels just tore apart? I don’t think the lines have caught up to the Eagles yet, and I’m going to take advantage of it this week while I still can. Virginia Tech 31, Boston College 23

Fade of the Week

Texas State (+3) at South Alabama: One of my favorite things to do when searching for games to pick is to find a bad team that’s favored and fade it. Well, that’s what we’re doing here. South Alabama surprised in its season-opener, beating Southern Miss 32-21, but since then, it’s lost to Tulane and UAB. Meanwhile, Texas State might be 1-4, but it hasn’t been embarrassed at any point this year. Its losses to SMU, UTSA and Boston College came by nine points total. Last week the Bobcats lost the rope a bit in a 20-point loss to Troy, but I like them in this spot. Frankly, I’m not sure Texas State shouldn’t be favored in this game, let alone getting a field goal. I’ll take those points if they want to give them to me, though. Texas State 31, South Alabama 27

SportsLine Pick of the Week

Louisville at No. 4 Notre Dame (-17, O/U 64.5): The Fighting Irish host the Cardinals on Saturday afternoon, and I have a play for this game I like a lot too, but there’s no more room in The Six Pack. So if you want to find out what it is, you’ll have to check it out on my SportsLine page.