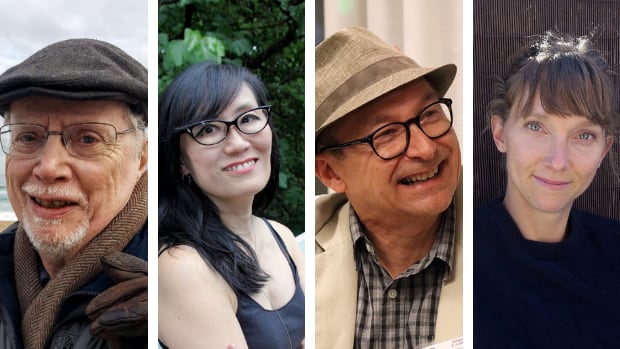 The four $25,000 prizes recognize writers who are mid-career or for their lifetime of work.

Lee received the Matt Cohen Award, which recognizes a lifetime of literary work by a Canadian writer in any genre.

Lee’s career spans nearly 40 books, including the 1972 Governor General’s Literary Award winner Civil Elegies, and the iconic children’s poetry collection Alligator Pie, which is credited with starting a boom in Canadian children’s publishing in the 1970s. In 1967, he co-founded House of Anansi Press with writer Dave Godfrey and edited early works by luminaries like Margaret Atwood, Michael Ondaatje and Austin Clarke. He is an Officer of the Order of Canada and most recently published the book, Heart Residence, which collects 50 years of his poetry.

“Dennis Lee is synonymous with Canadian literature,” the jury wrote in a statement, “A poet who wrote that he took his vocation ‘to consist of listening into cadence with enough life concentration that it can become words,’ Lee was one of the first Canadian poets to lament our increasing separation from nature, and the dominance of American values in Canadian culture. Poet, editor and essayist, Lee defines and honours every genre he enters.”

“It’s such an honour for me,” Lee said in an interview with jury member Aldana. “It makes all the difference. Things are tight now and this award means more writing is possible.”

Sakamoto is a writer from Toronto. Her debut novel, The Electrical Field, explored the legacy of the internment of Japanese-Canadians during the Second World War and won the Commonwealth Writers Prize for Best First Book in 1998. She is also the author of the novels One Hundred Million Hearts and Floating City.

“Kerri Sakamoto is a writer of many gifts. In each of the novelistic worlds that Sakamoto has created, she brings to bear both an elegant lyricism and an unwavering gaze. Her characters are compelling, often coming to hard self-insights to which readers will relate. These are meticulous excavations of the human heart and of dilemmas of personal history. We’re lucky to have this writer in Canada. Her prose contributes richly to our literary conversation,” the jury said in a statement.

“Even though it’s really difficult I tell myself that no writing is ever wasted and you just keep writing through. You may have to throw it away, but it’s not wasted. It’s making you a better writer,” Sakamoto said in an interview with jury member Taylor.

“It’s easier said than done. I’ve had some rough spots. This is why this award is so special and meaningful. You just have to keep pushing through those doubts and difficult times.”

Ruffo received the Latner Writers’ Trust Poetry Prize, which is given to a Canadian poet mid-career.

“Ruffo’s 1994 debut, Opening In The Sky, launched a career throughout which he has animated larger-than-life figures such as Geronimo, Grey Owl, and Norval Morrisseau while, at the same time, engaging profoundly with the daily lives of Indigenous people. His language is lucid and understated, and metaphor infuses his work with a larger understanding of the relationship of individuals to the time and place they inhabit,” the jury said in a statement.

The jury for the Latner Writers’ Trust Poetry Prize was comprised of Marilyn Dumont, Susan Glickman and Kaie Kellough.

Dubuc won the Vicky Metcalf Award for Literature for Young People, which is given to a Canadian children’s book writer for their body of work.

Dubuc is a Montreal-based writer and illustrator. Her other books include Mr. Postmouse Takes a Trip and The Bus Ride. The Bus Ride won the 2015 TD Canadian Children’s Literature Award and the French version of her picture book Up the Mountain Path won the 2018 Governor General’s Literary Award for French language children’s literature and the 2018 Prix TD de littérature canadienne pour l’enfance et la jeunesse for best French-language children’s book.

“Marianne Dubuc has created an unforgettable and enchanting oeuvre of stories. Funny and intimate, her books orbit the deepest of subjects, casting questions of friendship, loneliness, change, and loss, with the lightest of lines and quietest grace,” the jury said in a statement.

The jury for the Vicky Metcalf Award was comprised of Caroline Adderson, Kyo Maclear and Susan Perren.

“The reason I use animals and nature a lot in my books is because I grew up in Montreal. I was born in the city and did not have close contact with nature, so I think it has something romantic for me,” Dubuc said in an interview with jury member Perren.

The Writers’ Trust of Canada is an organization that supports Canadian writers through literary awards, fellowships, financial grants, mentorships and more.

It also gives out seven prizes in recognition of the year’s best in fiction, nonfiction and short story.