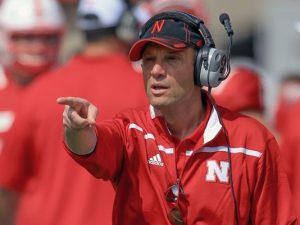 Please note: The Hotline will have a new home, and new url, starting Monday. The address will be posted here. Thanks in advance for your understanding.

All picks against the spread.
Lines taken from vegasinsider.com (opening lines used)

San Jose State (plus-6) at Iowa State: Tough kickoff time for the visitors (9 a.m. PT), who have a litany of issues and might have to lean on a freshman quarterback (Josh Love). But ISU is simply dreadful. Pick: San Jose State.

Oklahoma State (plus-10) at Baylor: After Northwestern State, SMU and Rice, the Bears finally face legit competition. I expect the Cowboys, who were tested last week by Pittsburgh, to cover and to win the game outright. Pick: Oklahoma State.

Arkansas (plus-2.5) vs. Texas A&M (in Arlington): The Hogs just might be the second-best team in the SEC West. If they win in College Station after the Fort Worth OT escape, it might be time to declare them the best team in Texas, too. Pick: Arkansas.

Nebraska (minus-6) at Northwestern: Any other year, and Northwestern as home underdog would be too attractive to pass up. But any other year, the Wildcats aren’t losing at home to teams like Western Michigan and Illinois State. The Riley train rolls on. Pick: Nebraska.

LSU (minus-2.5) at Auburn: The Termination Bowl. Never bet against The Hat doing what it takes to escape with his coaching life. Pick: LSU.

Five-star special: Arkansas. Has lost the past two to Texas A&M in overtime. The Hogs’ fortunes take a decided turn for the better..

*** Here’s episode 2 of the College Hotline podcast, with guest Chris ‘Rankman’ Dufresne, former national columnist for the L.A. Times and co-founder of TMGcollegesports.com. We addressed the SEC as a destination for homeless quarterbacks, Big 12 expansion chaos and several Pac-12 topics, including a deep dive into USC’s football woes and the university’s misguided approach to hiring.

*** And please note: The Hotline podcast is available on iTunes.