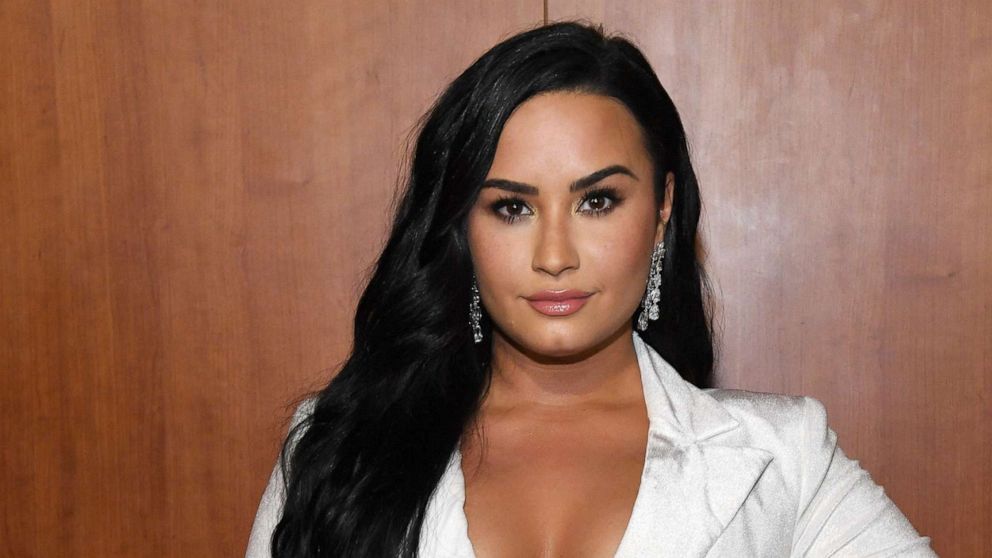 “If I did the things you’d do, I couldn’t sleep,” she sings in the new track.

The song, “Commander in Chief,” which dropped at midnight on Wednesday, implores the president to consider the deep divide rocking the nation, and to acknowledge the pain and outrage felt by voters nationwide “while you line your pockets deep.”

However, not all of her fans were supportive of the new single, with one writing her on social media, “I’m personally ashamed to be a Lovatic right now.”

“I literally don’t care if this ruins my career. This isn’t about that. … I made a piece of art that stands for something I believe in. And I’m putting it out even at the risk of losing fans. I’ll take integrity in my work over sales any day,” she said in her Instagram Story. “I’m … bummed that you expect me, a queer Hispanic woman, to silence my views/beliefs in order to please my audience, i.e., your family.”

In the new single, the 28-year-old voices the concerns expressed by the millions of Americans that have been rattled by these tumultuous times, reciting continuously that “if I did the things you’d do, I couldn’t sleep.”

The song touches upon a series of social justice issues, such as the Black Lives Matter movement and access to affordable health care during COVID-19, to punctuate the point that people are needlessly suffering and dying.

“We won’t give up, stand our ground/ We’ll be in the streets while you’re bunkering down/ Loud and proud, best believe/ We’ll still take a knee, while you’re commander in chief,” Lovato relays to Trump as a chorus of gospel voices swell behind her.

Lovato also references victims of police brutality by asking the president, “How does it feel to still be able to breathe?”

Lovato, who teamed with Grammy Award-winning producer FINNEAS to pen the unapologetic political single, will perform “Commander in Chief” for the first time at the Billboard Music Awards Wednesday night. Following the performance, she will release the song’s official music video.

“We are heading into the most important election of our lives,” Lovato added in her Instagram Story. “This song isn’t about division. This is about finding answers from our … president. So please, debate, and talk about voting.”

This isn’t the first time a pop star issued a poignant letter in opposition of a sitting president. In 2006, singer Pink released an emotionally raw message to then-President George W. Bush, titled “Dear Mr. President,” that criticized his record on the Iraq War, LGBT rights and helping the less fortunate.