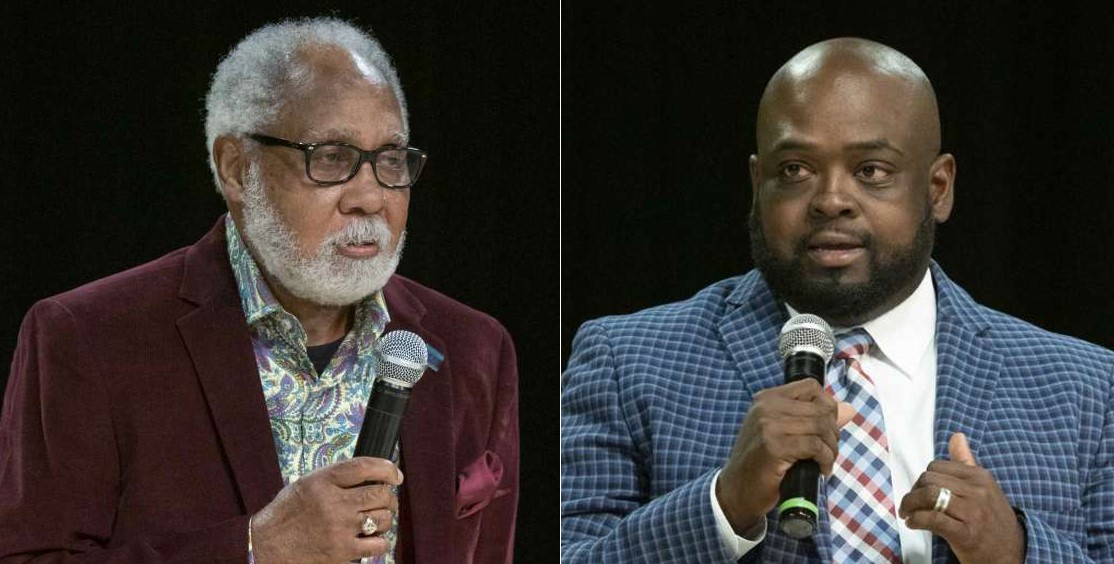 Early voting continues in the District 1 runoff for Midland ISD school board.

The following is a recap of comments made from both men during the Reporter-Telegram Facebook Forum held in October.

About questions they would ask during upcoming superintendent interviews.

Fuller: He would focus primarily on a candidate’s vision for the district and philosophy in regards to education and working with a school board. Specifically, he would ask about familiarity with Lone Star Governance as Fuller said during the form the he believes in the program. “That is where we are and (the candidate’s response) will tell me whether they will be a good fit.”

Fuller also said he will ask about a candidate’s history in working with communities and how to build a “productive relationship” with the community in Midland.

Booker: He said teacher morale was a big issue and that the district needed to get their trust back. “They have to trust us not to retaliate in a negative way.” Booker said he worried this impacts motivation in the classroom.

Fuller: While Fuller said there is a morale issue, he said he didn’t believe it was an “across-the-board phenomenon that continues to stifle progress.” He said if that were the case, the district wouldn’t have seen turnaround taking place. He said board members have a goal of providing more autonomy to the campuses. That transition, he said, will take time. He also said that there is a morale problem from top down and bottom up in the district, but that the community asked for change and innovation and leadership has brought that to the table.

Fuller also took the opportunity to say that no board member can turn anything around by himself or herself – a “naïve notion” that some candidates have, he said. “It is what you do in concert with the board members and superintendent that make up the team of eight.”

About whether the System of Great Schools in working in Midland

Booker: The System of Great Schools is not working as nine schools are failing, including five campuses in District 1, he said. “I think we need to find something different. We need to go to the teachers to see if they can figure out something that will work.”

Fuller: He said the System of Great School is going to work and that the district is seeing evidence of that. He said it will likely take a “significant” amount of time – maybe seven to 10 years.

About the impact of Carver Center on campuses across Midland

Fuller said “pull-out programs,” like what preceded the gifted and talented school in East Midland, created morale issues in classrooms. He said there is the potential for every school to be “GT,” but that GT programs can be “extremely discriminatory” as they discount students who have potential and determining which students participate in such programs are “too subjective.” “We need Carver in District 1 and need it in other districts as well. Fuller added that the district needs to look at the function of magnet schools and what the district could do to make the situation better.

He also said he that seeing kids who live in the Carver neighborhood “go past Carver” to attend another school was like being part of a segregated school district again.

Booker: He talked about the creation of a “pull-out program” that puts the students who attend Carver back at their neighborhood schools. One impact of the change, he said, would be the impact of test scores. “Ratings would have to go back up,” he said.

About whether Midlanders trust the school board

Booker: Midlanders don’t trust the school board, he said, as there is no communication. He cited the district’s purchase of Ranchland Hills Golf Club as an example as a time when transparency wasn’t there.

Fuller: There is trust. In the case of Ranchland Hills, he supported the decision because of the vision down the road, specifically the building of a 21st century high school on the property, which is located in District 1, where there had not been many improvements in facilities recently, he said. “The community will get a payback,” he said. Investment is needed if one is going to move forward and with that property in hand, Midland ISD has the opportunity to be more creative and innovative.

Where is MISD District 1