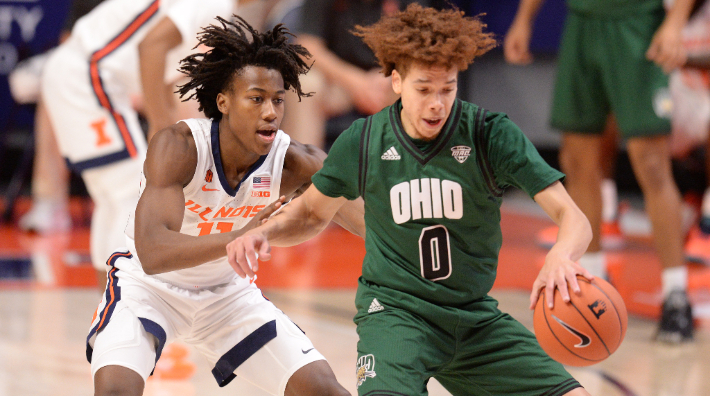 The best story in college basketball comes by way of the Ohio Bobcats. Jason Preston, a junior guard for the team who stuffed the stat sheet last season, put forth quite the effort in the team’s narrow loss to eighth-ranked Illinois on Friday night. What drew him plenty of praise, though, was when the path he traveled to get to Athens was laid out on the broadcast.

As the story goes, Preston went through unfathomable personal hardship as a teenager, was so lightly-recruited of a high school basketball player that he was going to college as a student, showed out at an AAU tournament, and picked up a pair of scholarship offers after posting his highlight video to Twitter. You really need to hear the whole story to believe it, and even then, the whole thing is unbelievable.

It’s hard not to find this whole story amazing, and in the eyes of one NBA player, Preston’s path is quite admirable. Boston Celtics guard Marcus Smart praised Preston for having the kind of attitude that “will get you all you ever need.”