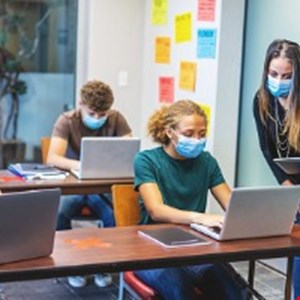 Educational institutions are being disproportionately targeted by spear-phishing attacks, according to a new study by Barracuda Networks.

The security firm’s latest Threat Spotlight analysis found that in the period from June to September 2020, over 1000 schools, colleges and universities faced more than 3.5 million spear-phishing attacks.

More than a quarter of these were business email compromise (BEC) attacks, a method which is over twice as likely to be used against educational institutions compared with an average organization across all sectors.

More than four in 10 (41%) of all attacks targeting education were spear-phishing, according to the analysis, with 28% scamming attempts and 3% related to extortion.

Spear-phishing attacks dropped off in July and August when schools were closed, and were at their highest in June and September: 11% and 13% higher than average, respectively.

Cyber-criminals increasingly used the topic of COVID-19 as a lure for these phishing attacks, with