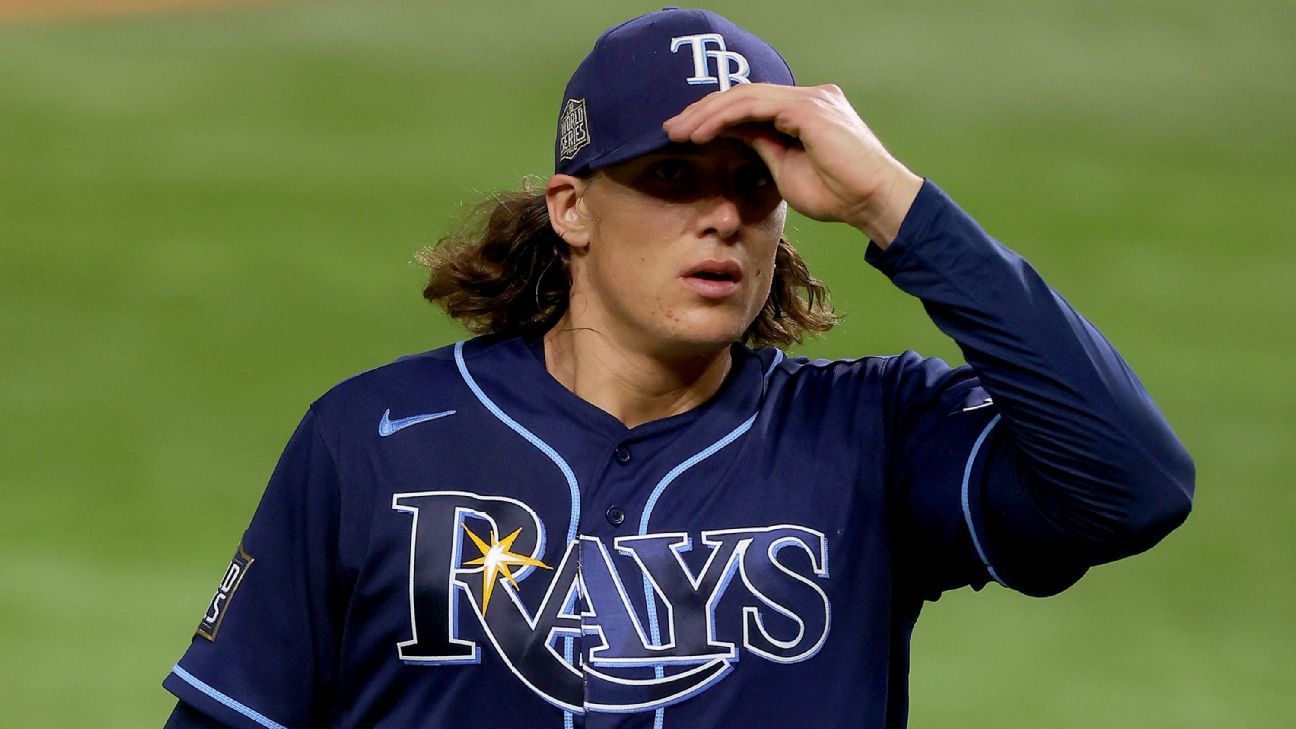 ARLINGTON, Texas — Rays manager Kevin Cash defended his decision to stay with starter Tyler Glasnow in a crucial fifth inning in Tampa Bay’s 8-3 loss to the Los Angeles Dodgers in Game 1 of the World Series on Tuesday.

Glasnow ended up throwing a career-high 112 pitches, giving up six runs on six walks. Four of those runs came in the fifth.

“Just trust that he had plenty of stuff to keep us right there,” Cash said after the game. “The walks are definitely not ideal but we didn’t do a good job of holding the runners on. We can’t allow the double-steal right there.”

With the Dodgers leading just 2-1 at the time, Cash opted to let Glasnow keep pitching after he walked both Mookie Betts and Corey Seager. Betts stole second, then both runners pulled off a double-steal, opening up the inning for Los Angeles. Glasnow was