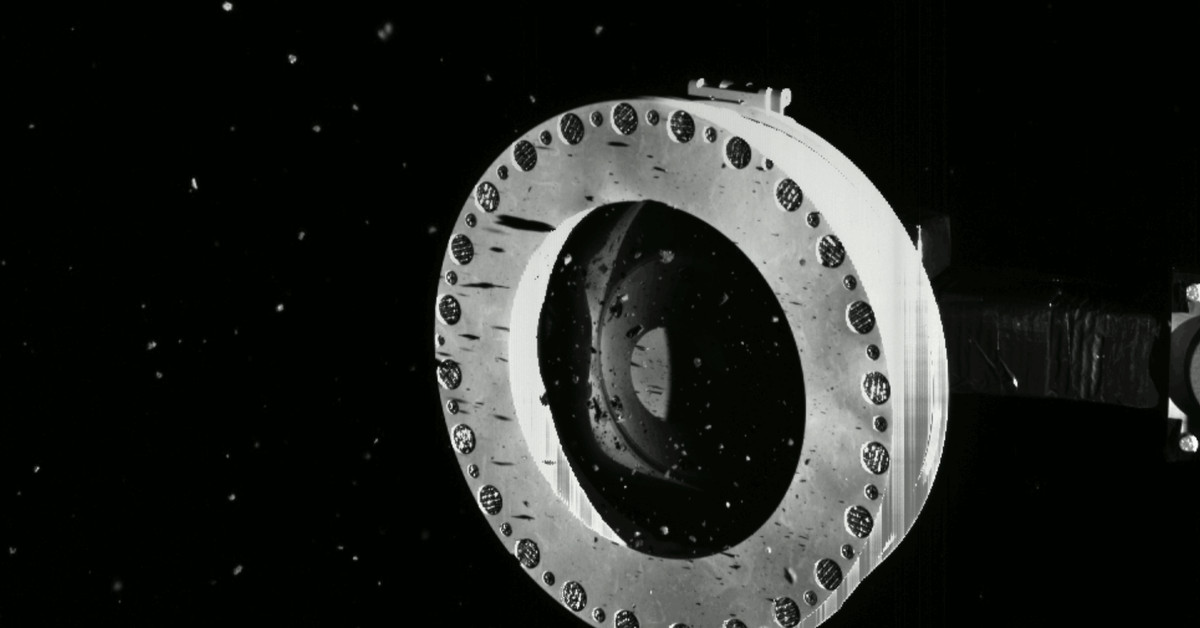 NASA’s OSIRIS-REx spacecraft did its job a little too well on Tuesday, when it tried to scoop up a handful of rocks from an asteroid named Bennu more than 200 million miles from Earth. The vehicle actually grabbed too much material with its robotic arm, jamming the lid at the end of the arm open — and letting part of the asteroid sample escape out into space.

“We were almost a victim of our own success here,” said Dante Lauretta, the principal investigator for the OSIRIS-REx mission at the University of Arizona, in a press conference.

OSIRIS-REx’s mission is to bring a sample of asteroid material back to Earth so that scientists can study the rocks in a lab. But because OSIRIS-REx bit off more than it could chew, its mission team is racing to stow the sample inside the spacecraft’s belly, so the vehicle doesn’t lose too much material