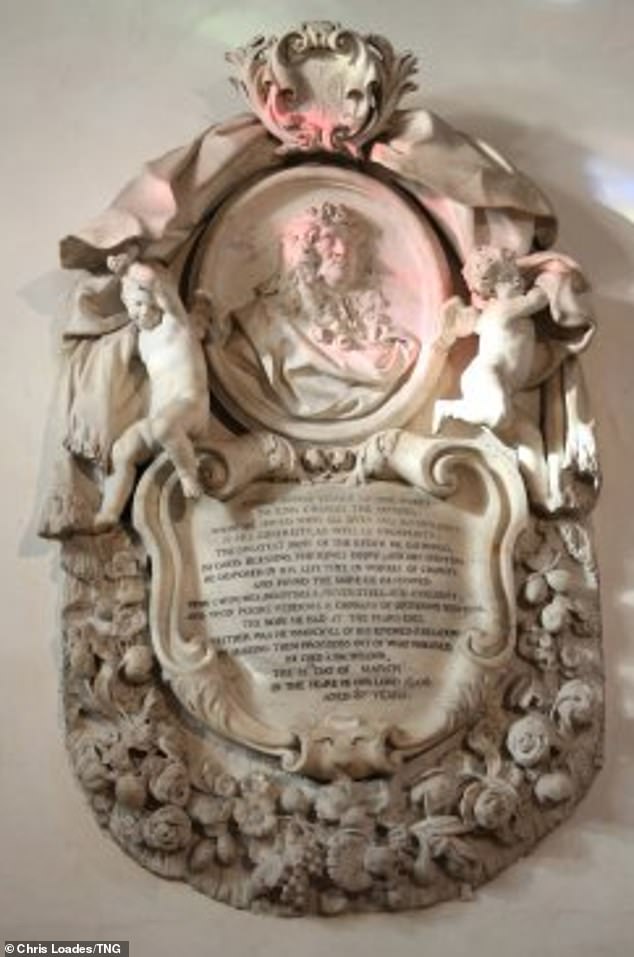 One of the University of Cambridge’s richest colleges is removing the memorial to a 17th benefactor who was involved with the slave trade.

Jesus College, which is worth £344 million, is taking the memorial to Tobias Rustat out of its chapel because it is ‘celebratory’.

Rustat, an advisor to King Charles II, was one of Jesus’ biggest benefactors.

In the 17th-Century he gave the college vast sums of money, and also helped the university buy the first books for its library.

However he was a major investor in slave-trading enterprise the Royal African Company.

The memorial is being removed days after it emerged that a separate statue of Rustat at the university could also be taken down.

The University of Cambridge’s Jesus College is removing the memorial to 17th benefactor Tobias Rustat, who was involved with the slave trade

Rustat was a major investor in the Royal African Company (RAC)