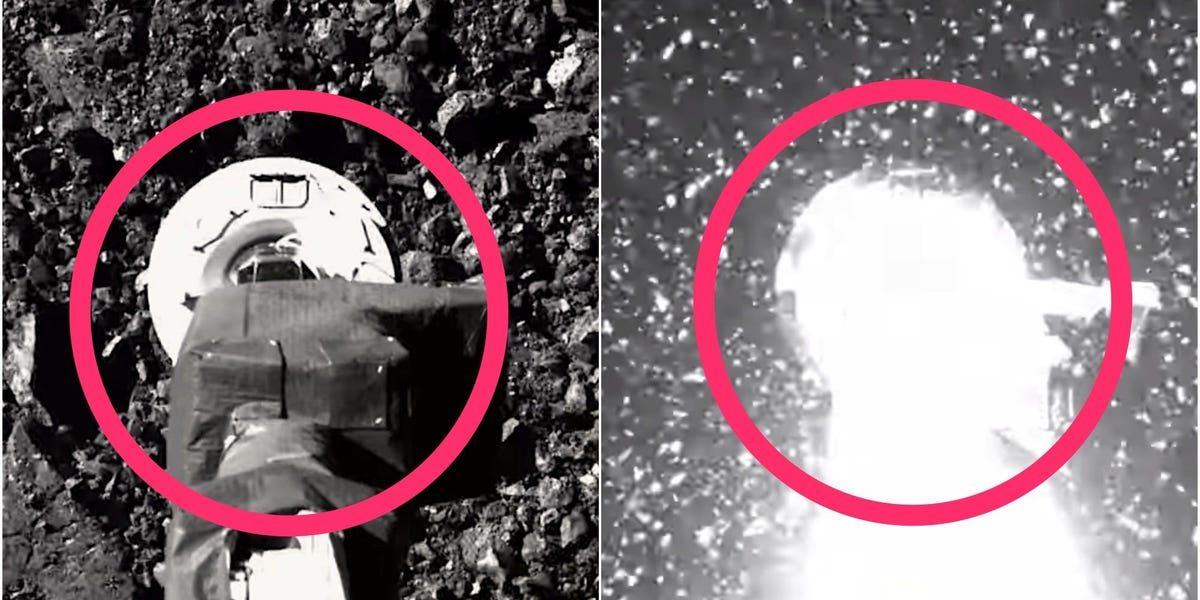 NASA landed a spacecraft on an asteroid 200 million miles away on Tuesday.

New footage shows its tricky six seconds of contact and the flurry of alien rock that the probe sent flying in order to suck up a sample.

The mission, called Osiris-Rex, aims to return a sample of the asteroid to Earth. But landing on the asteroid, called Bennu, was no small feat. The terrain turned out to be much rockier than researchers expected, with Bennu covered in