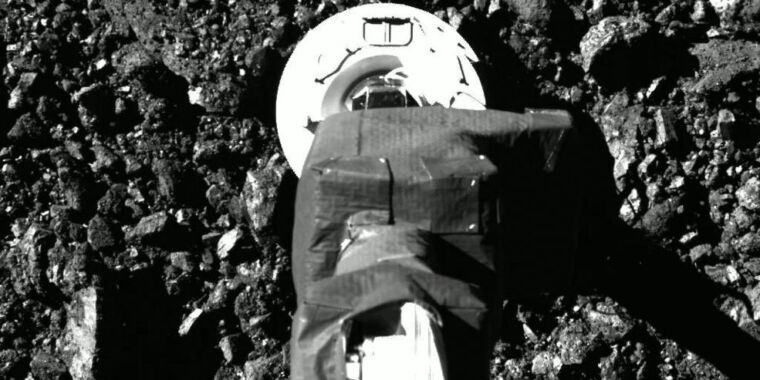 NASA scientists confirmed Wednesday that the OSIRIS-REx spacecraft successfully made contact with an asteroid a day earlier, touching the surface for six seconds and collecting dust and pebbles from its surface.

The spacecraft’s performance at the asteroid Bennu, which is only about as wide as the Empire State Building is tall, was remarkable. Because the asteroid is so small, its gravity is negligible, which complicates orbital maneuvering by the spacecraft around what is, essentially, a rubble pile.

Despite these challenges, at a distance of 320 million kilometers on Tuesday, NASA engineers and scientists programmed a spacecraft to autonomously touch down within a single meter of its target area.

Newly released images of the encounter show the spacecraft’s sampling arm moving toward the asteroid at a speed of 10cm per second and crushing rocks beneath it as it reaches the surface.

“Literally, we crushed it,”