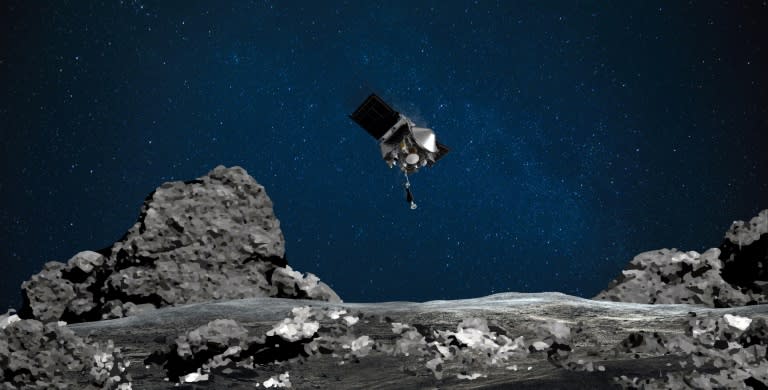 After a four-year journey, NASA’s robotic spacecraft Osiris-Rex will descend to asteroid Bennu’s boulder-strewn surface on Tuesday, touching down for a few seconds to collect rock and dust samples in a precision operation 200 million miles (330 million kilometers) from Earth.

Last year, Japan managed with its Hayabusa2 probe to collect some dust from another asteroid, Ryugu, and is now on its way home.

With Osiris-Rex, NASA hopes to collect a much larger sample — at least 60 grams — which it hopes will reveal the original ingredients of the solar system.

The spacecraft, about the size of a large van, is at this moment in position about a kilometer above Bennu, which is 490 meters (1,600 feet) in diameter.

Engineers from NASA and Lockheed Martin sent it its final commands on Tuesday to carry out the sampling operation, which will be fully automated.

“We aren’t able to ‘joystick’ the