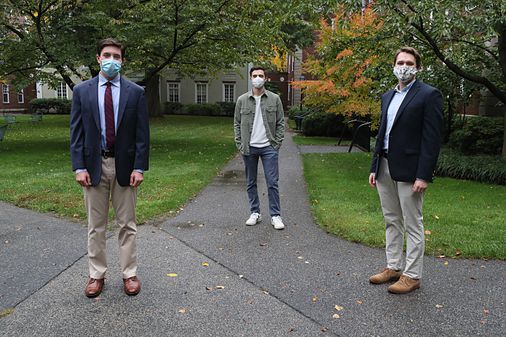 “As it stands, there’s nothing really stopping us from making this holiday a reality,” he said. “For a university president to say that this doesn’t work doesn’t hold as much water now as it used to.”

Organizers at Northeastern University, Boston College, Boston University, Massachusetts Institute of Technology, University of Massachusetts Boston, the Massachusetts College of Pharmacy and Health Sciences, and Harvard’s various schools fixated on the initiative this month, following the lead of several colleges across the country, such as George Washington University and the University of Utah, that now recognize Election Day as a holiday or “non-instructional day” — largely thanks to student advocacy this year.

Members also point to states, including Illinois, New York, and West Virginia, that deemed the day a public holiday.

The Boston-based collective, which is unnamed and unofficial, was created in the first weeks of October and has about eight members.