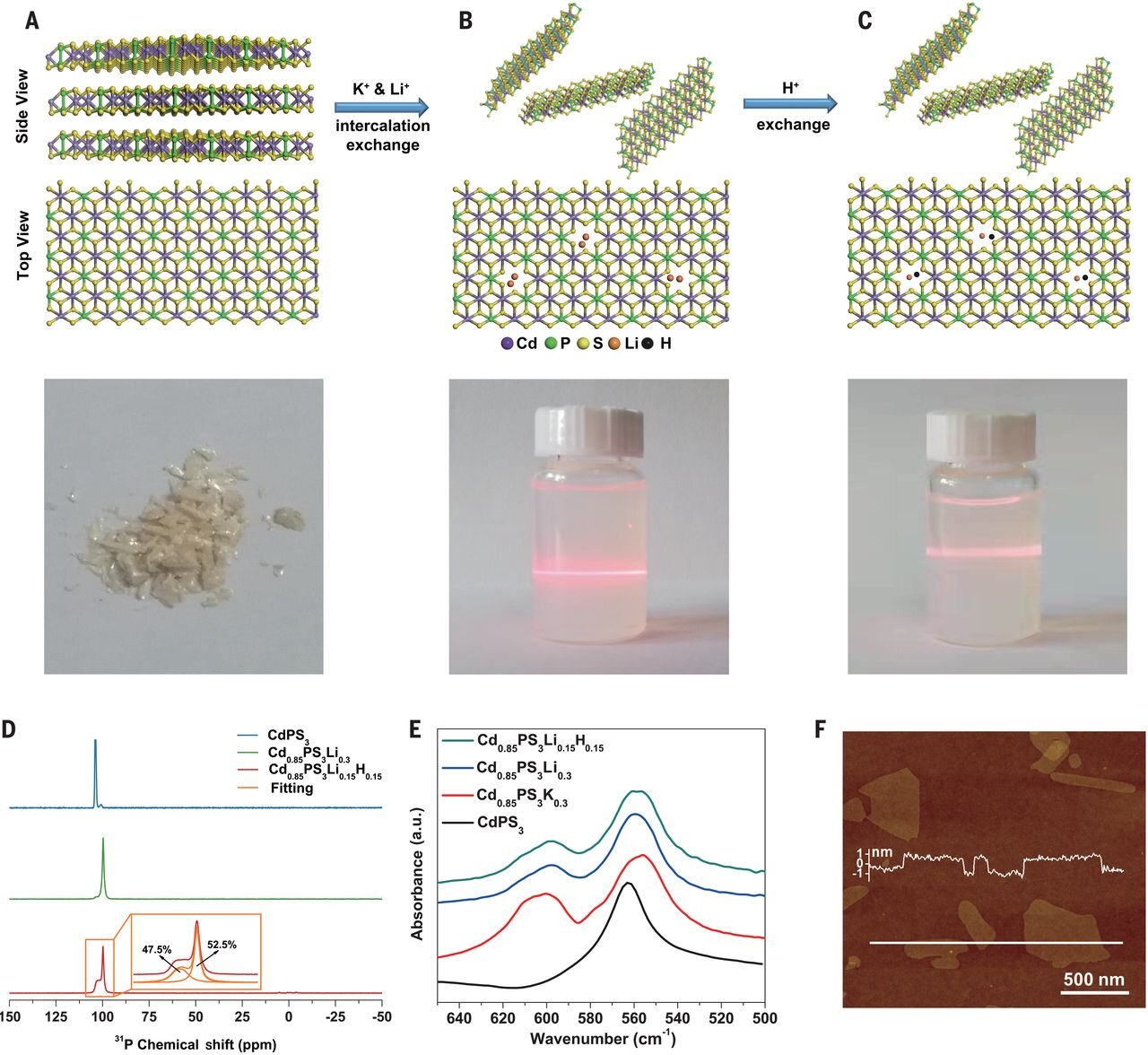 A team of researchers affiliated with a host of institutions in China has developed a new class of proton-exchange membranes (PEMs) assembled from transition-metal phosphorus trichalcogenide nanosheets. In their paper published in the journal Science, the group describes using metal vacancies to improve conductivity in the PEMs. Fengmei Wang and Jun He with the National Center for Nanoscience and Technology, Beijing have published a Perspective piece in the same journal issue outlining the history of proton exchange membrane research and the work done by the team in this new effort.

PEMs are semipermeable membranes that are most often made using ionomers. They are produced as a means for conducting protons while acting as both an electronic insulator and a reactant barrier. Typical applications include