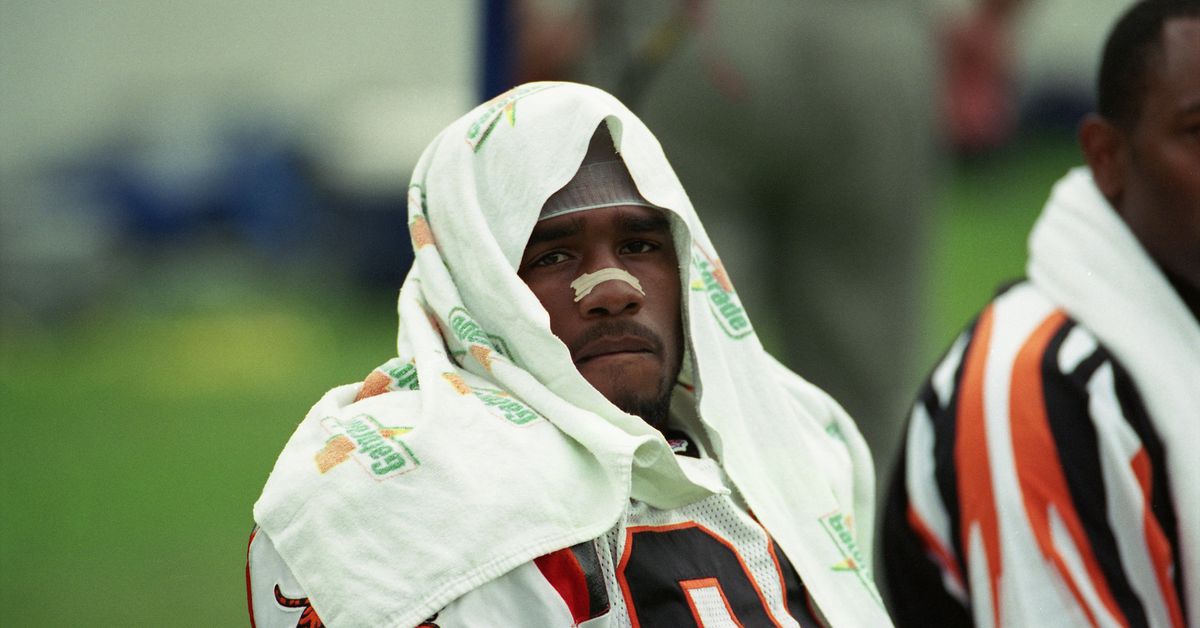 The NFL has data for how many passes have been thrown to each player since 1992. And for the eight seasons since those records began, no one that had ever had at least 125 passes come his way had ever averaged as few as five yards per target. Only 1994 Kelvin Martin was even close. Then wide receiver Peter Warrick came along:

Warrick entered the NFL after a dazzling season at Florida State, which in 1999 became the first team ever to sit atop the AP rankings from the preseason through the end without ever being knocked off their perch. Throughout the season, Warrick had been their best player. It culminated with a resounding win over the Michael Vick-led Virginia Tech Hokies in the BCS National Championship Game, in which Warrick was the clear-cut Sugar Bowl MVP with 163 receiving yards and two touchdowns, a punt return he also took