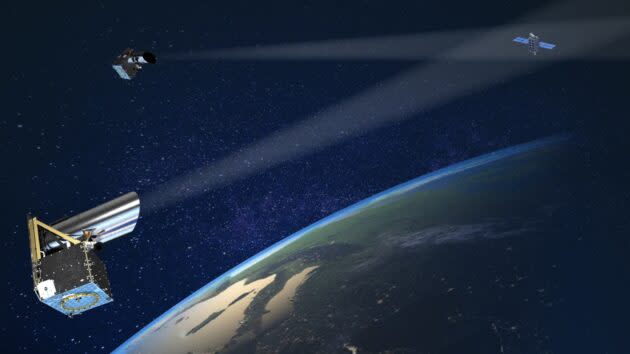 Tukwila, Wash.-based LeoStella will oversee the assembly of the first three satellites for a constellation that’s designed to keep track of space traffic.

LeoStella’s new project is part of a bigger contract between Canada’s NorthStar Earth and Space on one hand, and Europe’s Thales Alenia Space on the other.

NorthStar says its Skylark satellite constellation will be part of the world’s first commercial space-based environmental and near-space monitoring system. The satellites will be tasked with monitoring thousands of natural and human-made objects in low Earth orbit, and sounding an alert if a collision risk is detected.

That sort of space situational awareness is expected to become more important as thousands more satellites — including spacecraft for the SpaceX Starlink, OneWeb and Amazon Kuiper broadband data networks — are launched in the years ahead.