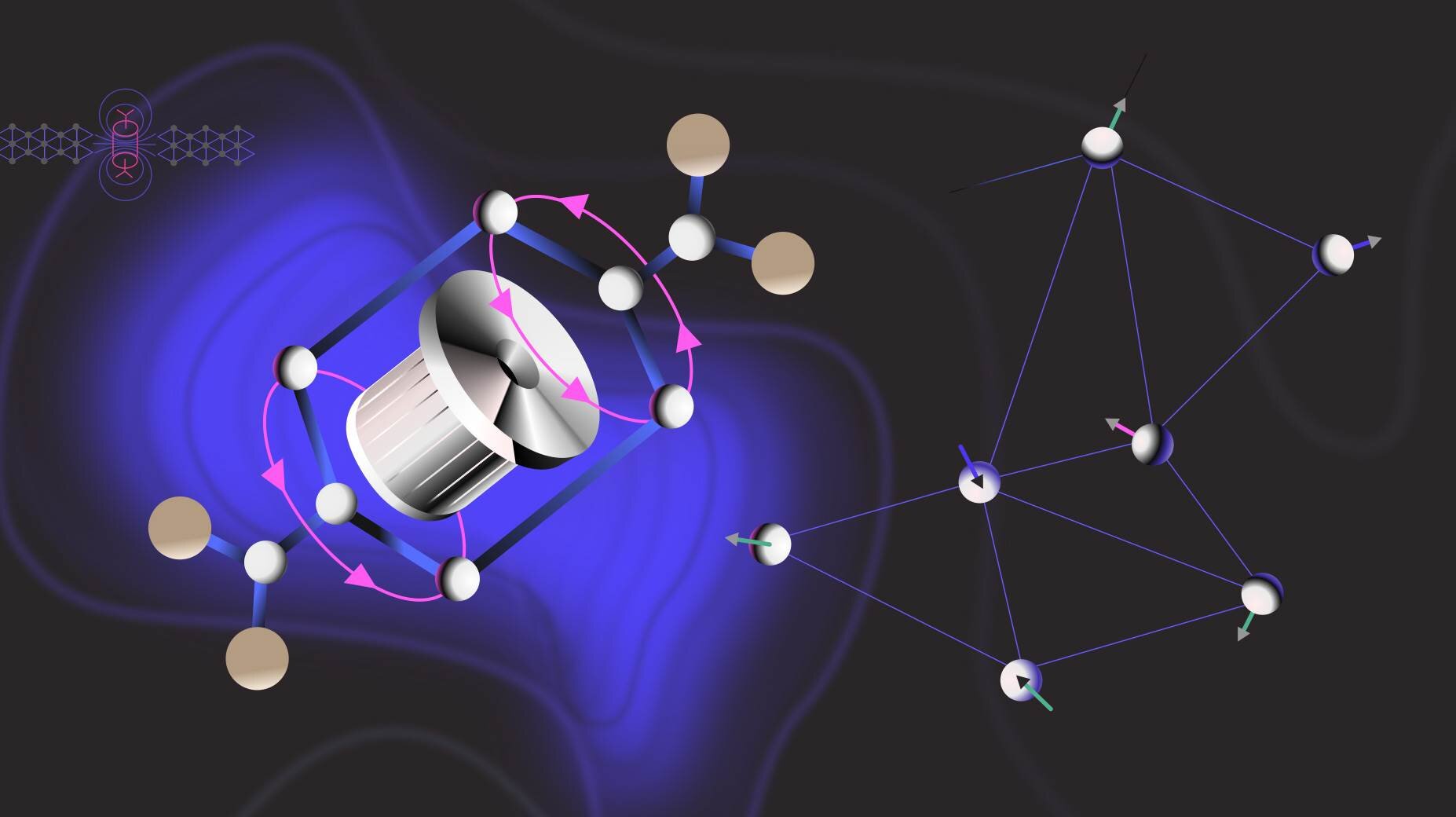 In 1973, physicist and later Nobel laureate Philip W. Anderson proposed a bizarre state of matter: the quantum spin liquid (QSL). Unlike the everyday liquids we know, the QSL actually has to do with magnetism—and magnetism has to do with spin.

What makes a magnet? It was a long-lasting mystery, but today we finally know that magnetism arises from a peculiar property of sub-atomic particles, like electrons. That property is called “spin,” and the best—yet grossly insufficient—way to think of it is like a child’s spinning-top toy.

What is important for magnetism is that spin turns every one of a material’s billions of electrons into a tiny magnet with its own magnetic “direction” (think north and south pole of a magnet). But the electron spins aren’t isolated; they interact with each other in different ways until they stabilize to form various magnetic