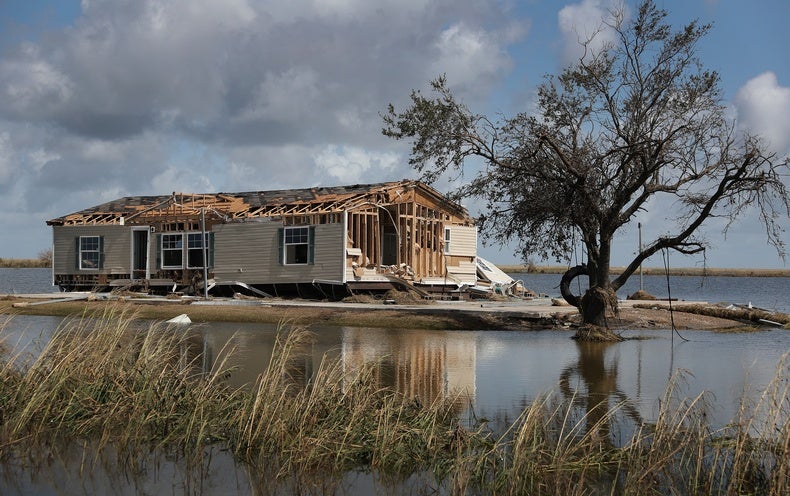 Hurricane season is drawing to a close, but not before setting a record. Tropical Storm Theta became the 29th named Atlantic storm this week, making 2020 the busiest season on record.

And it’s not just the total number of storms that’s remarkable. At least nine storms this year underwent a process known as rapid intensification, quickly gathering strength over a short period of time as they moved across the ocean.

According to at least one expert, only 1995 saw more storms rapidly intensify in a single season.

Experts have attributed the flurry of storms, and the speed at which they’ve strengthened, in part to abnormally warm oceans this year.

This season’s unusual activity has reignited scientific discussions about the ways in which climate change may affect future hurricane activity. And now, just a few weeks before hurricane season officially ends, scientists have identified yet another way warming waters may

The researchers showed that hurricanes that develop over warmer oceans carry more moisture and therefore stay stronger for longer after hitting land. This means that in the future, as the world continues to warm, hurricanes are more likely to reach communities farther inland and be more destructive.

“The implications are very important, especially when considering policies that are put in place to cope with

But it still takes effort to fill out and mail in absentee ballots or stand in line at polling places. It takes some initiative.

Players, perhaps spurred by the commotion of their offseason, sound as if they have plenty of initiative.

“It’s a very important year with everything going on,” OU cornerback Tre Brown said. “If you’ve got the right to vote, you’ve got to take advantage of that right because you could be the change. Why wouldn’t you want to vote when you have that chance to make a difference?”

“That’s something as a nation we are gifted to be able to do,” Collins said. “Some people may not have it as good as us. There are a lot of things going on in the world right now, not just in the U.S. but all over the world, that we need to shine light on…

“That’s something we need