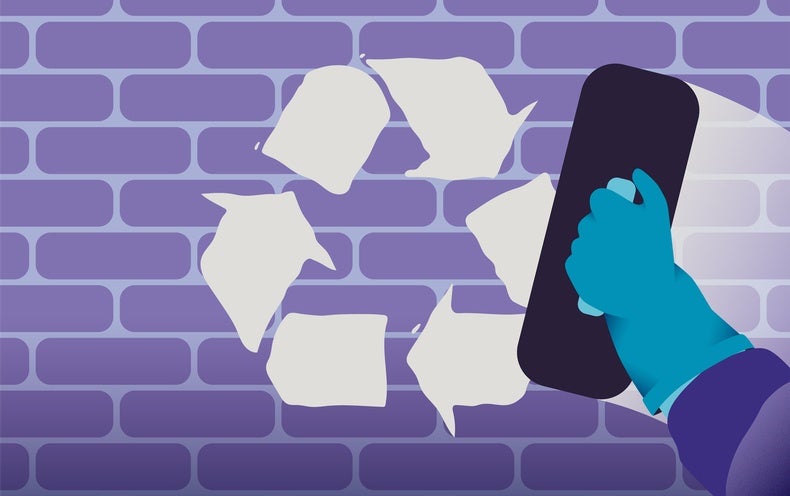 Concrete, the most widely used human-made material, shapes much of our built world. The manufacture of one of its key components, cement, creates a substantial yet underappreciated amount of human-produced carbon dioxide: up to 8 percent of the global total, according to London-based think tank Chatham House. It has been said that if cement production were a country, it would be the third-largest emitter after China and the U.S. Currently four billion tons of cement are produced every year, but because of increasing urbanization, that figure is expected to rise to five billion tons in the next 30 years, Chatham House reports. The emissions from cement production result from the fossil fuels used to generate heat for cement formation, as well as from the chemical process in a kiln that transforms limestone into clinker, which is then ground and combined with other materials to make cement.

Although the construction industry

The Singapore government is setting aside SG$49 million ($36.05 million) to drive research and development (R&D) efforts in low-carbon energy technologies such as hydrogen and carbon capture, utilisation and storage (CCUS). It also announces an initiative to pilot a lithium-ion battery energy storage on a “floating” lab, utilising seawater to cool the battery cells.

Spanning five years, the SG$49 million R&D investment aimed to push the “technical and economic viability” of technologies that could help reduce the country’s carbon emissions. In particular, it hoped to do so in emission-intensive areas such as the power and industrial sectors, according to a joint statement Monday released by give government agencies involved in the funding efforts: the Agency for Science, Technology and Research (A*Star); Economic Development Board (EDB); Energy Market Authority (EMA); National Climate Change Secretariat (NCCS); and National Research Foundation (NRF).

Research projects could include technologies that enabled the effective

A local authority in the U.K. is to provide university researchers with a house to test low-carbon technologies, with the collaboration set to gather potentially valuable data which could inform how buildings are designed in the years ahead.

The partnership, between Hull City Council and the University of Hull in the northeast of England, will focus on the use of “combined ventilation and air source heat pump technology.”

According to the Energy Saving Trust, an air source heat pump absorbs “heat from … outside air” to provide homes with heat and hot water. The system developed by the team at Hull “uses a unique mixture of both indoor and outdoor air” and, in