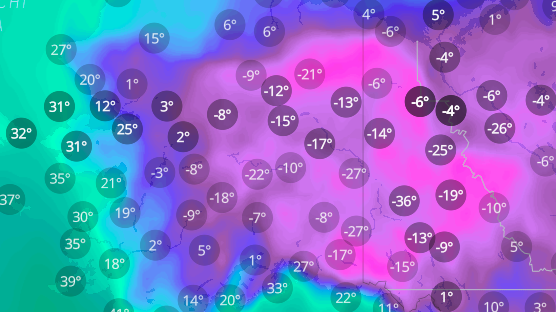 Following an October that was milder than normal in Alaska, it turned brutally cold in parts of The Last Frontier this week.

Subzero cold is not uncommon for interior Alaska in early November, but the dramatic plunge that occurred earlier this week was notably harsh.

Early on Monday, temperatures dropped to minus 23 F in Fairbanks for the first time this season, which is the earliest the city has recorded a temperature that low since Oct. 25, 1996. The coldest Nov. 2 on record in Fairbanks is 33 below zero, and that temperature reading was recorded back in 1907.

An average high temperature for early November in the city is 16 degrees Fahrenheit while a typical low is around zero. In what could be one of the final polls of the U.S. Senate race before Election Day, Democrat Sara Gideon continues to hold a narrow 3-point lead over Republican incumbent Susan Collins among likely Maine voters.

A survey of 879 individuals, developed and fielded by Colby College of Waterville, revealed that 46.6 percent of voters said they plan to vote for Gideon, compared to 43.4 percent for Collins. Independents Lisa Savage and Max Linn received 4.7 percent and 1.7 percent support, respectively, with 3.6 percent undecided. The poll was conducted Oct. 21-25 and has a margin of error of plus or minus 3.3 percentage points.

Gideon’s lead has been hovering around 3-5 points in nearly all public polling over the last three months.

“After $160 million spent, you might think there would be some movement,” said Dan Shea, chair of the Colby College Department of Government and the lead researcher