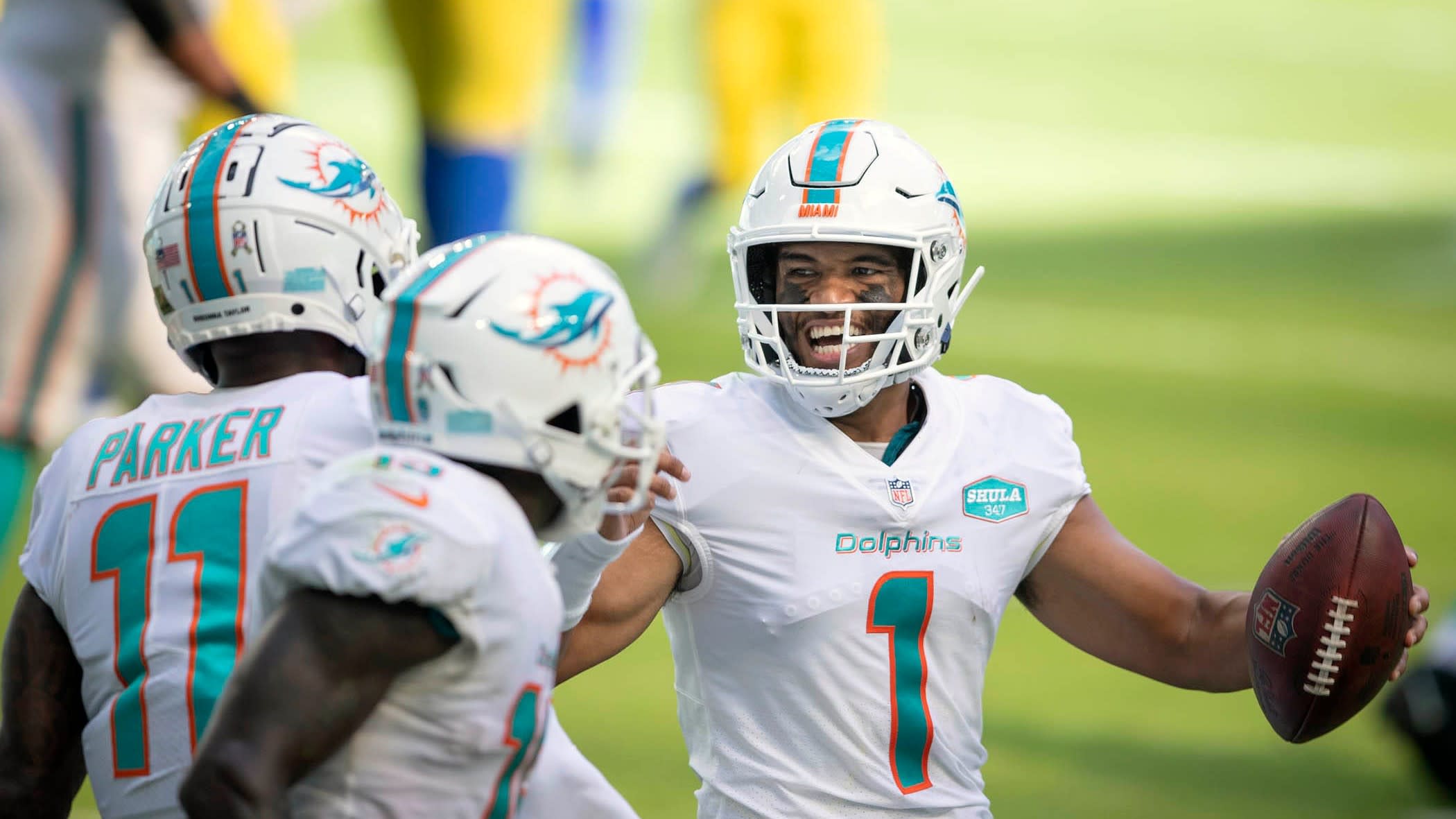 Tua Tagovailoa made his first career NFL start on Sunday in a surprising 28-17 win over the Rams, putting the Dolphins one game over .500 through eight weeks.

And, interestingly, he managed to bring back memories of former Eagles quarterback Donovan McNabb.

Tagovailoa’s start came in a pretty unorthodox game, featuring a punt return TD and a fumble return TD for Miami, which helped protect the rookie – who had a very mild game.

In fact, he did something that hadn’t been done since McNabb’s first career game in the NFL, according to ESPN Stats & Info:

Tua Tagovailoa became the 1st QB to win his 1st career start with fewer than 100 Pass yards and 20+ attempts since Donovan McNabb in 1999. pic.twitter.com/CqyGciYCuY