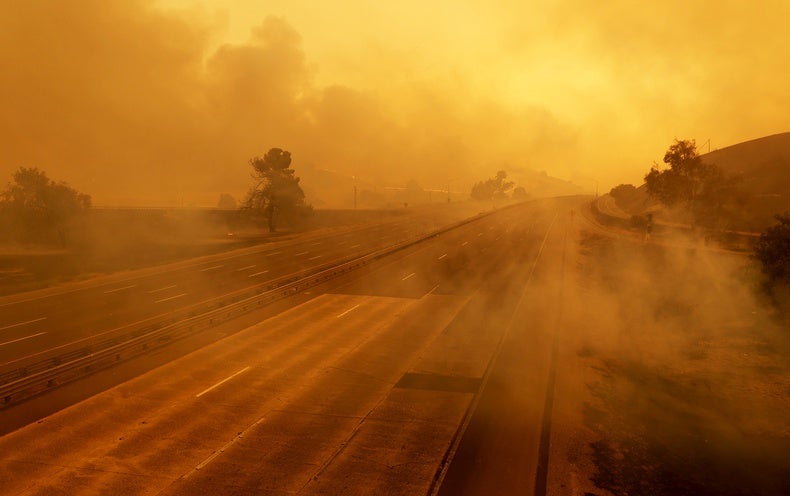 Scientists predicted climate change would fuel the kind of devastating wildfires that California has seen this year. Except it wasn’t expected to happen for decades.

A major analysis by state researchers projected that the amount of area burned by wildfire could jump 77% by the end of the century. Another study by UCLA warned that by 2050 fire on average would scorch twice as much land in Southern California.

A doubling happened this year, instead of three decades from now.

California blazes have blackened 4.1 million acres this year, compared with about 2 million acres in 2018. Gov. Gavin Newsom (D) calls it a climate “fast-forward” and a warning for the nation, said Wade Crowfoot, the state Natural Resources Agency secretary.