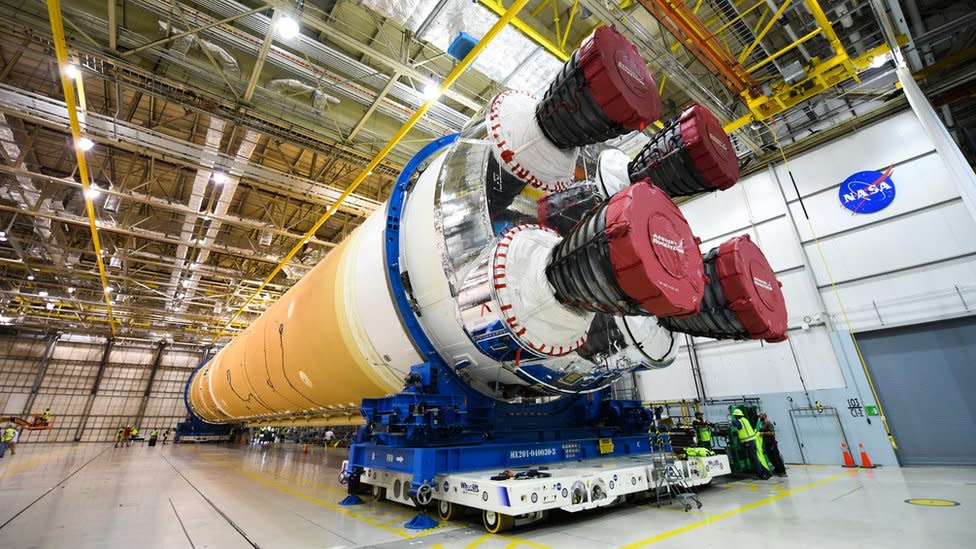 Nasa has been developing a “megarocket” to send humans to the Moon and, eventually, Mars. The last critical tests of the giant launcher’s core section are expected to take place within the next few weeks. Sometimes compared to the iconic Saturn V, can the Space Launch System (SLS) help capture the excitement of lunar exploration for a new generation?

In southern Mississippi, near the border with Louisiana, engineers have been putting a remarkable piece of hardware through its paces.

A giant orange cylinder is suspended on an equally imposing steel structure called the B-2 test stand on the grounds of Stennis Space Center, a Nasa test facility outside the city of Bay St Louis.

Measuring 65m (212ft) from top to bottom – longer than the Statue of Liberty – the cylinder represents the core of a space vehicle more powerful than anything the world has seen since the 1960s. 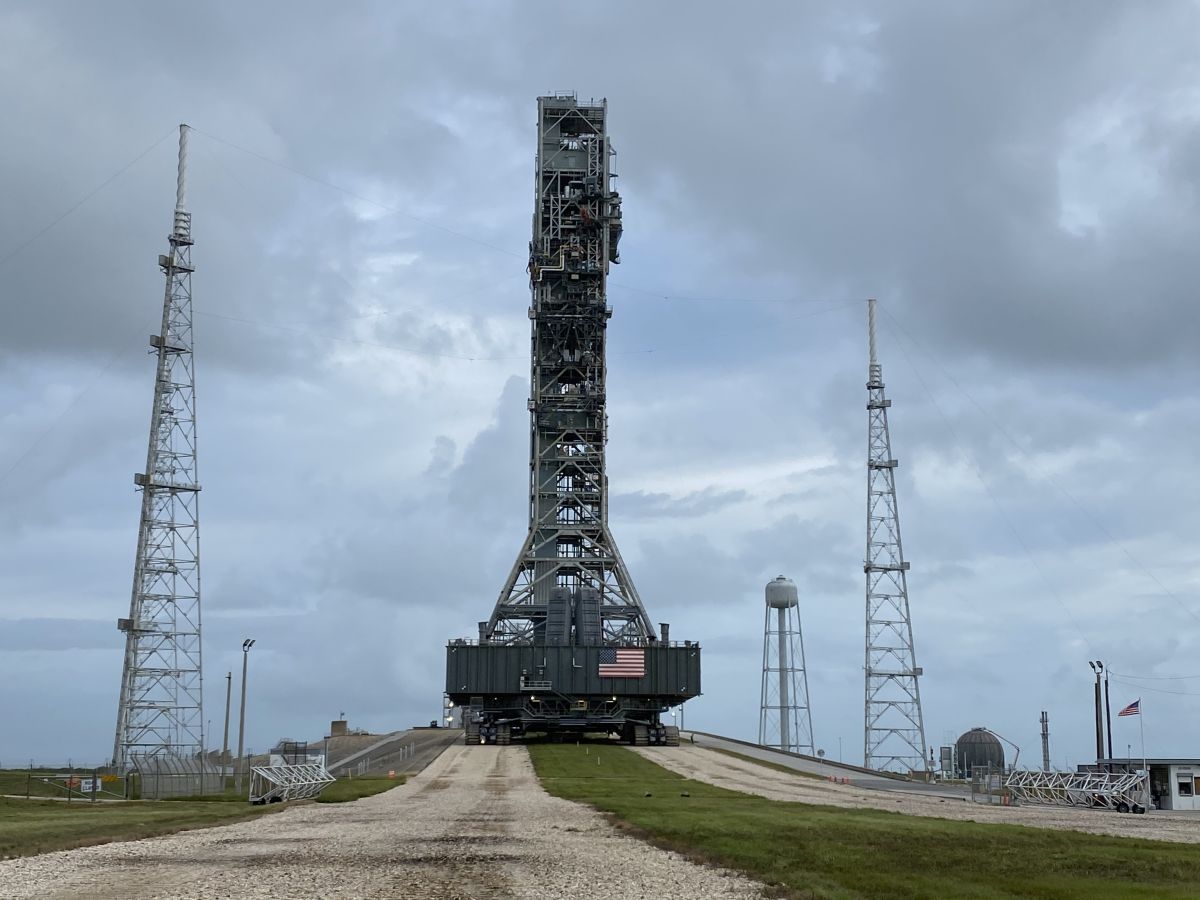 On Oct. 20, the massive platform rolled out of the Vehicle Assembly Building here at Kennedy Space Center, on top of NASA’s crawler transporter. The 380-foot-tall (116 meters) platform will eventually carry the agency’s massive Space Launch System (SLS) rocket and Orion spacecraft as part of the upcoming Artemis 1 lunar mission, which is set to blast off sometime late next year.

To prepare the platform for its upcoming mission, the Exploration Ground Systems team rolled it out to the pad at Launch Complex 39B for two weeks of tests.