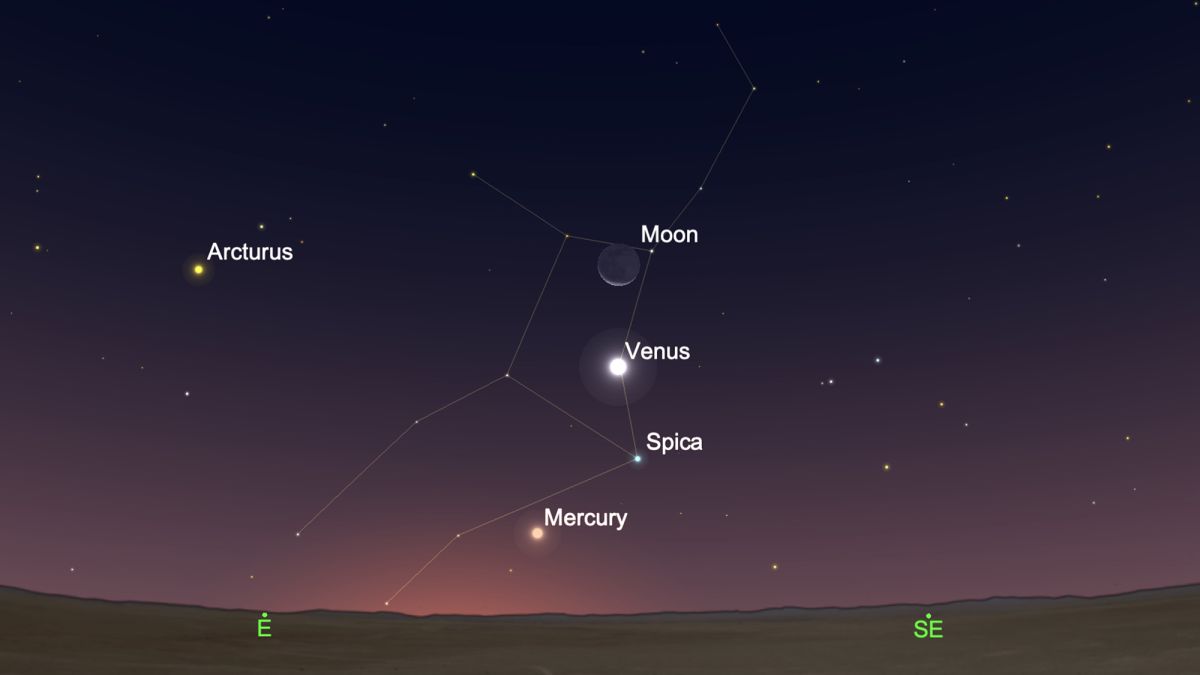 The two “inferior” planets are teaming up with the moon and one of the brightest stars in the sky to put on a lovely show in the predawn morning skies of Thursday and Friday (Nov. 12-13). Planets that move in orbits that are closer to the sun than Earth are “inferior” planets and there are only two, Mercury and Venus.

Venus is, by far, the most brilliant planet and is also the easiest one to see. Mercury on the other hand, is the planet closest to the sun and as such its visibility is more fleeting, partly because it is often hidden in the bright solar glare and also because it usually appears at a rather low altitude relative to the horizon. But this month marks Mercury’s finest morning apparition 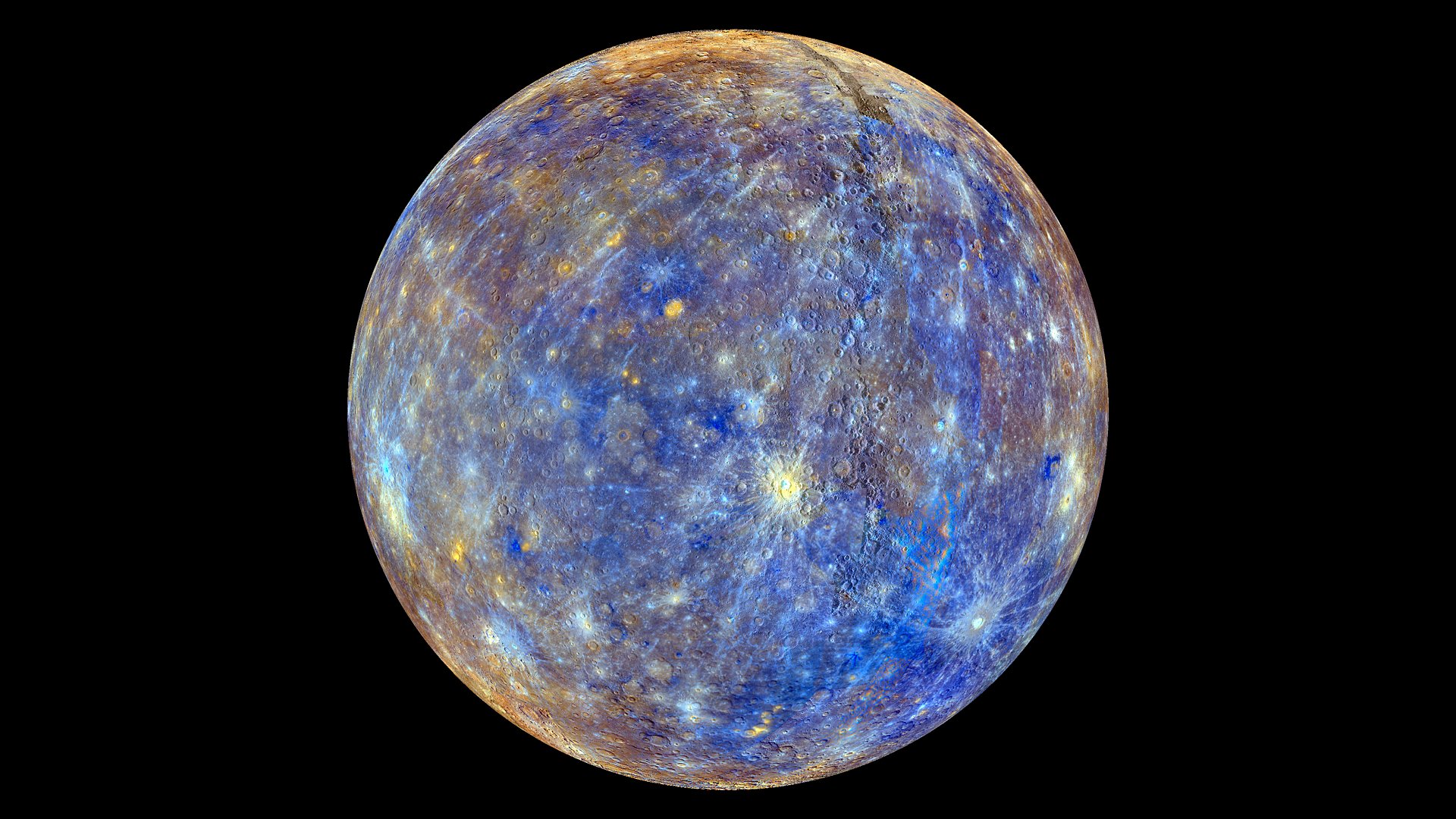 I don’t know if you’ve noticed by now, but the Earth is a little bit wet. How Earth got all its water is one of the major mysteries in the formation of the solar system, and a team of Japanese researchers have just uncovered a major clue. But not on Earth—the clue is on Mercury.

Here’s the traditional story of the early solar system as best we know it. The sun forms with a disk of dusted gas surrounding it. Within a certain distance from the sun, known as the snow line, the sun’s radiation is too hot and too intense to support the formation of ices or lighter elements. Hence, the rocky planets form.

Beyond the ice line, which sits somewhere around the present-day orbit of the asteroid belt, ices and light elements can glue themselves together to become the giant bulky planets of the

BepiColombo, a Mercury-bound mission jointly run by the European Space Agency and the Japan Aerospace Exploration Agency (JAXA), is snapping up a wealth of new images and collecting some new data that may tease out new clues about the Venusian atmosphere—and whether it could be home to extraterrestrial life.

What happened: On Thursday morning, as part of a long journey to Mercury, BepiColombo made a close pass of Venus at a distance of about 6,660 miles. The flyby is meant to use Venus’s gravity as a speed-reducing force to adjust the trajectory of the spacecraft on to its eventual destination.

Hype of life: Although the flyby was planned for maneuvering purposes, it afforded scientists an opportunity for a closer look at Venus. The interest around the flyby is bigger since last month’s revelations that Venus’s clouds contain phosphine, a possible sign that there is biological activity on the planet. If 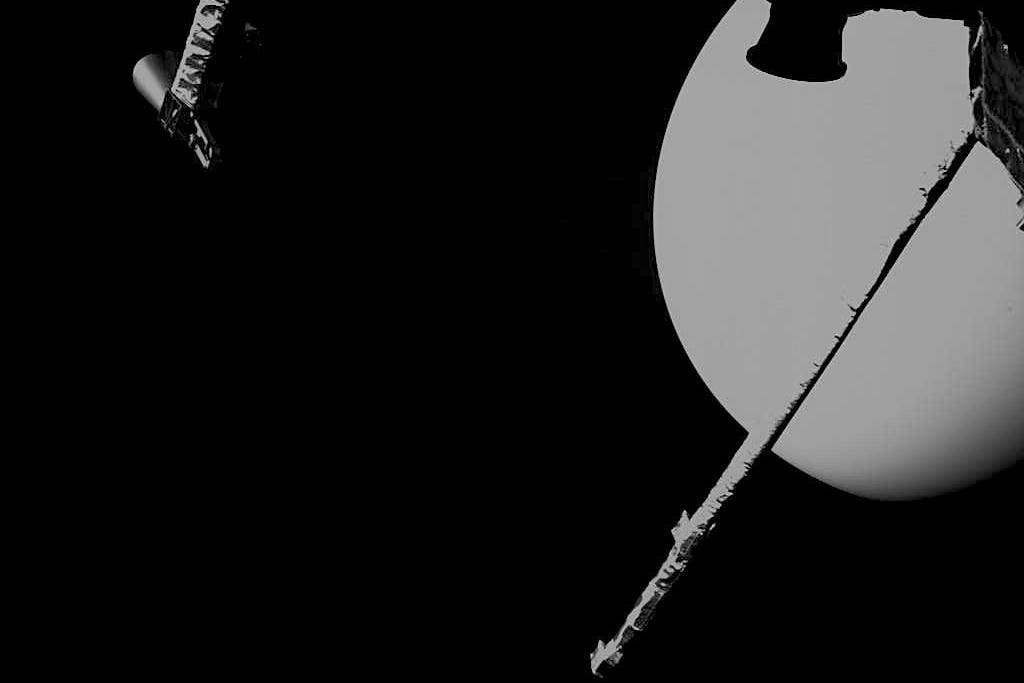 Europe and Japan’s BepiColombo spacecraft has successfully completed a flyby of Venus on its way to Mercury – which included an effort to look for phosphine, a possible biosignature, in the atmosphere.

Overnight at 11:58pm Eastern Time yesterday, October 14, the spacecraft flew 10,720 kilometers above the surface of Venus. The flyby is one of several being used to slow the spacecraft so it can enter orbit around our Solar System’s innermost planet, Mercury, in late 2025.

While the flyby is predominantly designed for trajectory reasons, it was also an opportunity for the mission teams to test their instruments and cameras. This included taking images of Venus, and more excitingly, using an instrument to look for possible signs of life in the atmosphere of the planet.

Last month, scientists announced the possible discovery of phosphine on