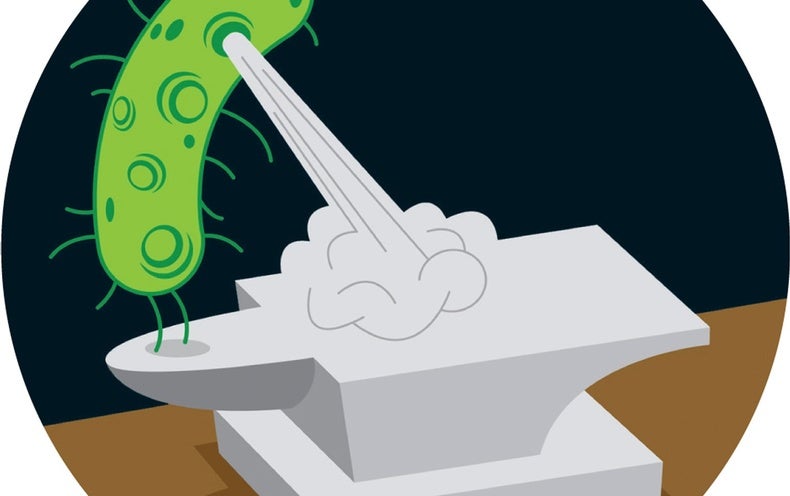 Scientists have known for more than a century that some bacteria can breathe anaerobically, or without oxygen, but only in recent decades have researchers started exploiting this property to fabricate useful materials. Now electrical engineers have found a way to use such bacteria to manufacture an up-and-coming two-dimensional material called molybdenum disulfide (MoS2), which can form a sheet just a few atoms thick and holds promise for future electronics. The new finding, published in Biointerphases, could help avoid a daunting synthesis process that requires a harsh environment.

“Graphene is the breakout superstar of the two-dimensional materials,” says Shayla Sawyer, an electrical engineer at Rensselaer Polytechnic Institute and a senior author of the paper. But MoS2 is “different in that it brings a new ‘skill.’” Graphene and MoS2 are both strong and flexible, and they are useful for building futuristic sensors and energy-harvesting systems. Graphene is