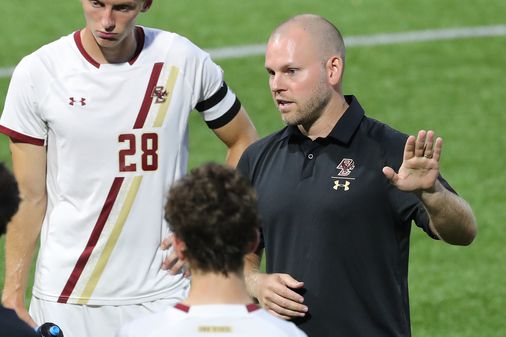 “It’s not really soccer, to be very frank, when you take away all those things,” said Megan Jessee, who is in her fourth season as the women’s coach at the University of Rhode Island. “It’s hard to watch.”

Taking the physicality out of a game that only gets tougher in college makes finding players who can fight for 50/50 balls difficult. Removing headers makes it harder for strikers and center backs to stand out.

Although the NCAA extended its recruiting dead period for Division 1 and Division 2 through at least Jan. 1, coaching staffs can evaluate prospects via film. Coaches have to try to glean whatever information they can from a sport that’s been radically changed.

“None of us really know what is and isn’t safe on the soccer field right now,” said UMass Amherst men’s coach Fran O’Leary.

“I think [the MIAA] deserves credit rather than criticism in